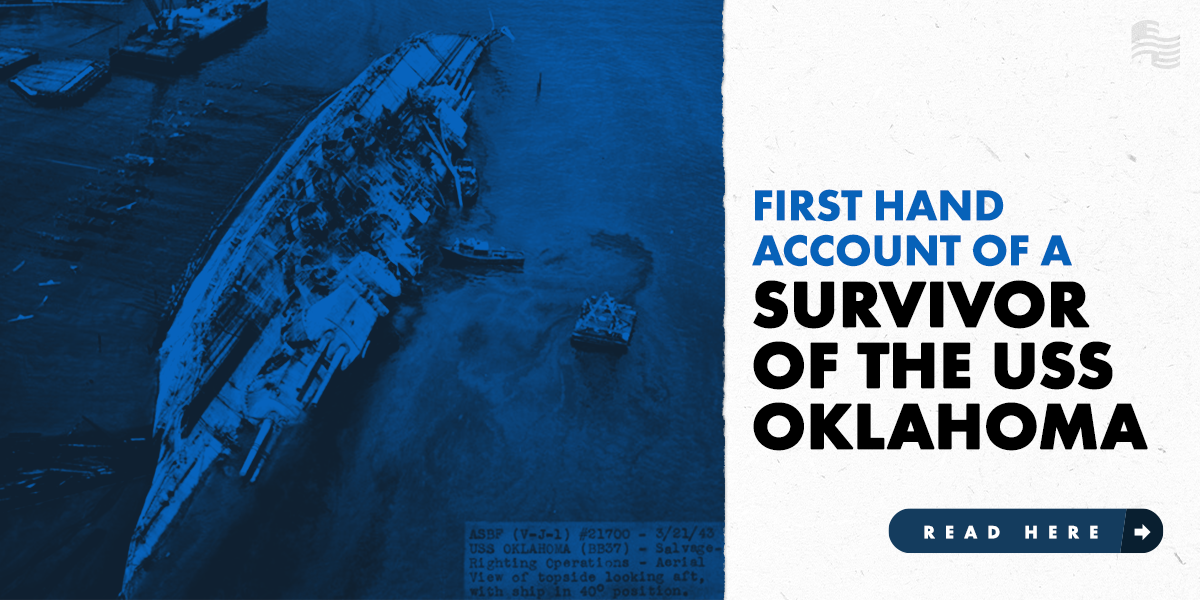 
79th Anniversary of Pearl Harbor: First Hand Account of a Survivor of the USS Oklahoma

Paul Aschbrenner: “They announced over the speaker to man your battle stations. ‘This is no blank’ I'll let you fill that in yourself. Just as they got the last word out, I can remember very distinctly that a torpedo hit just as I was running down the steps to go to my battle station down at the powder deck aboard the battleship.”

Gunner's mate Paul Aschbrenner was a 19-year-old sailor from Sumner who had joined the navy the year before because there were no jobs available near his home. Aschbrenner had been assigned to the battleship U.S.S. Oklahoma. On Sunday, December 7, 1941, the Oklahoma was docked in Pearl Harbor, Hawaii. The attack began at 7:55 a.m. Hawaiian time. After the first torpedoes struck the Oklahoma, the lights went out and Aschbrenner found himself deep inside the ship in the dark.

Paul Aschbrenner: “The ship started to list -- started to turn over. As it was turning over, I got about one or two decks up. I think the next deck was the shell deck. I honestly could see in my heart that I couldn't possibly get out of there in my own strength. And I -- I knew of the Lord, but I really didn't have him into my heart. But I asked him if he would spare my life that I would dedicate my life over for him to use. And in some miraculous way, I did get out. And as I was getting out of the overhang of the turret, the crude oil and water was coming in.”

The dive bombing and torpedo attacks lasted for a little more than an hour. For Aschbrenner and everyone else at Pearl Harbor, the attack had been a complete surprise. As the Japanese planes flew away, 2,500 American soldiers, sailors, and marines were either dead or missing.