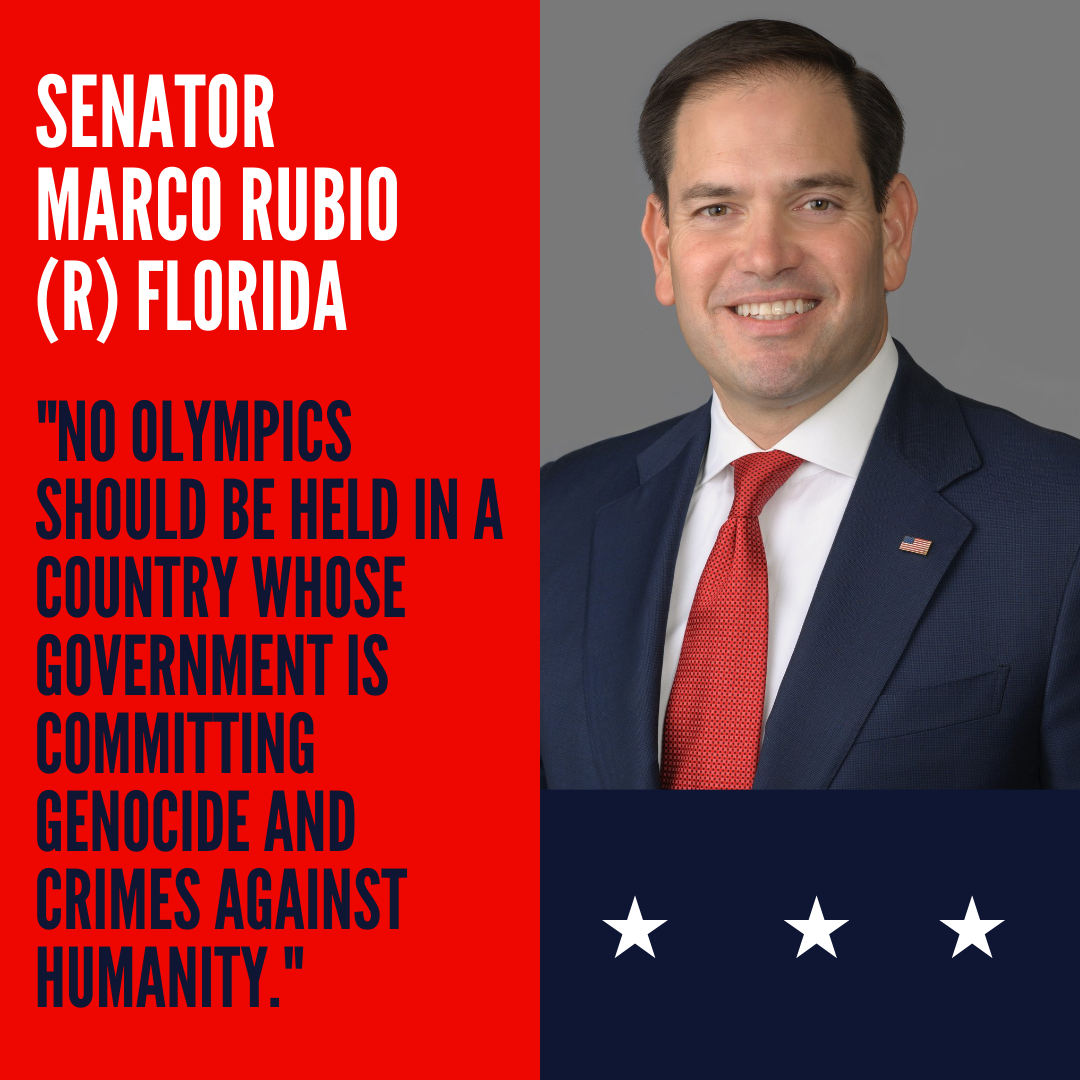 "No Olympics should be held in a country whose government is committing genocide and crimes against humanity.” 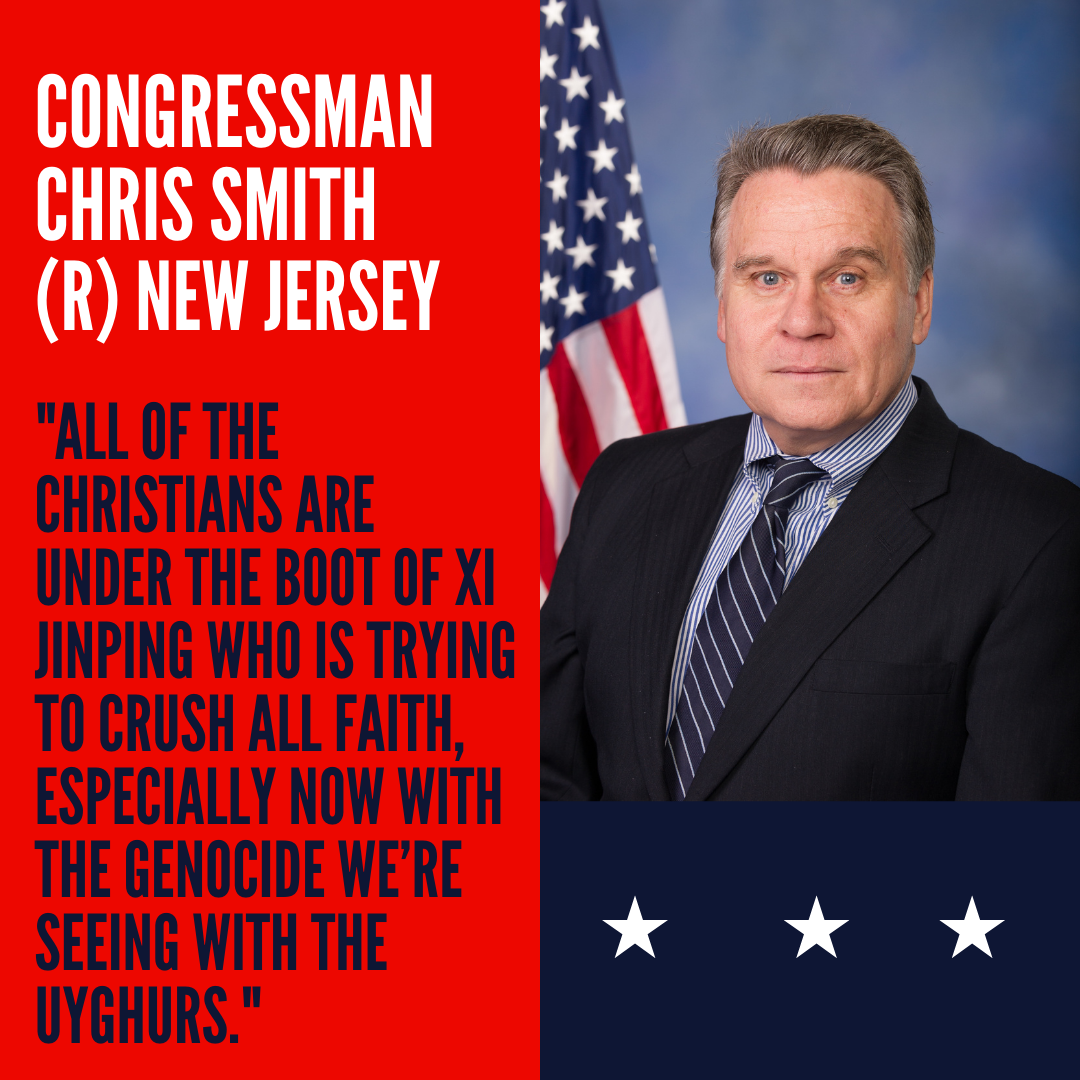 "The Evil CCP, stop the persecution… boycott the Olympics, don’t be an accomplice.

All of the Christians are under the boot of Xi Jinping who is trying to crush all faith, especially now with the genocide we’re seeing with the Uyghurs." 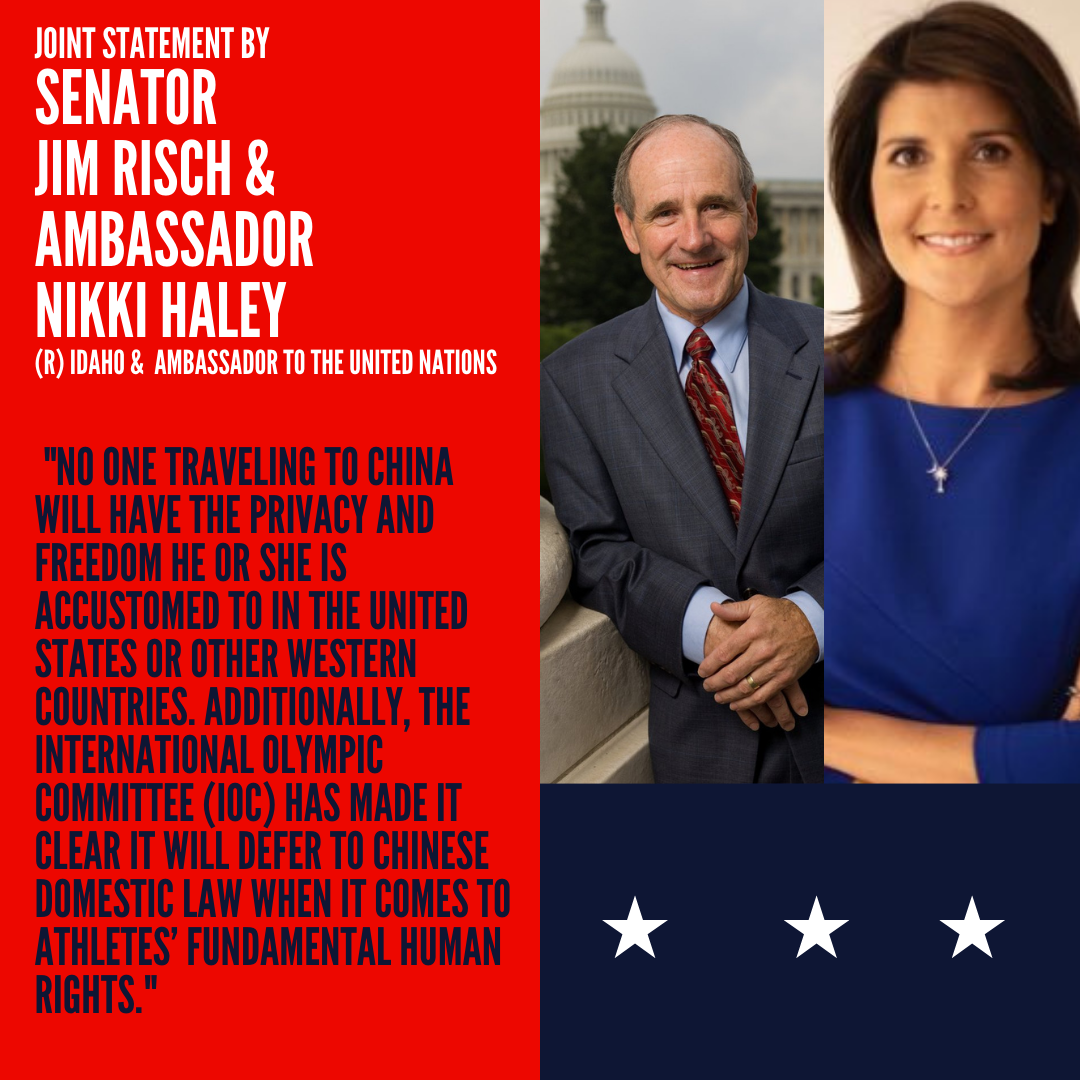 "it’s important to recognize a few other important factors related to the host country. This year’s Winter Olympics is being held in a high-risk and potentially dangerous political environment. No one traveling to China will have the privacy and freedom he or she is accustomed to in the United States or other Western countries. Additionally, the International Olympic Committee (IOC) has made it clear it will defer to Chinese domestic law when it comes to athletes’ fundamental human rights. 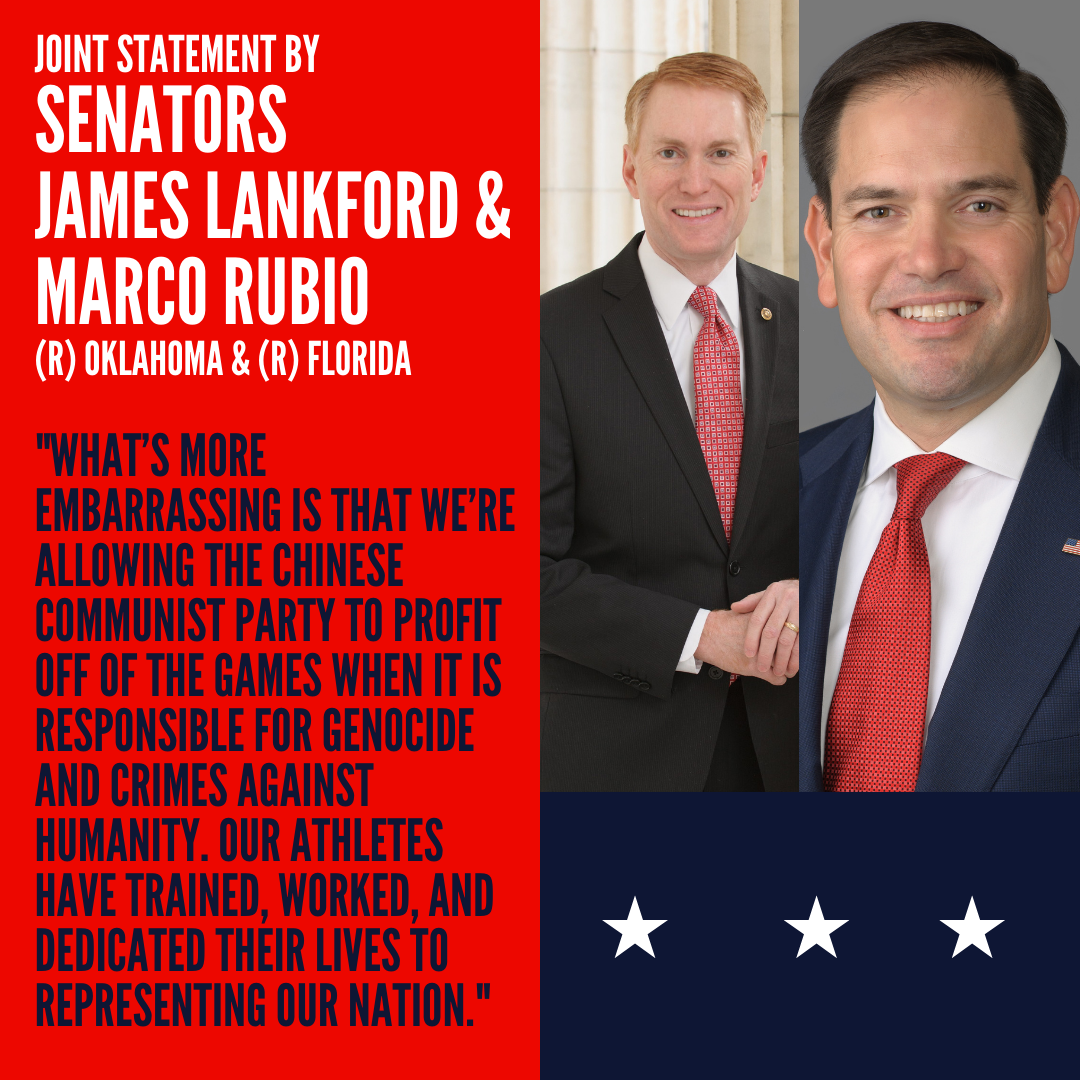 "In response to the refusal of the People’s Republic of China to end its egregious human rights abuses, including genocide, forced labor, and crimes against humanity.” 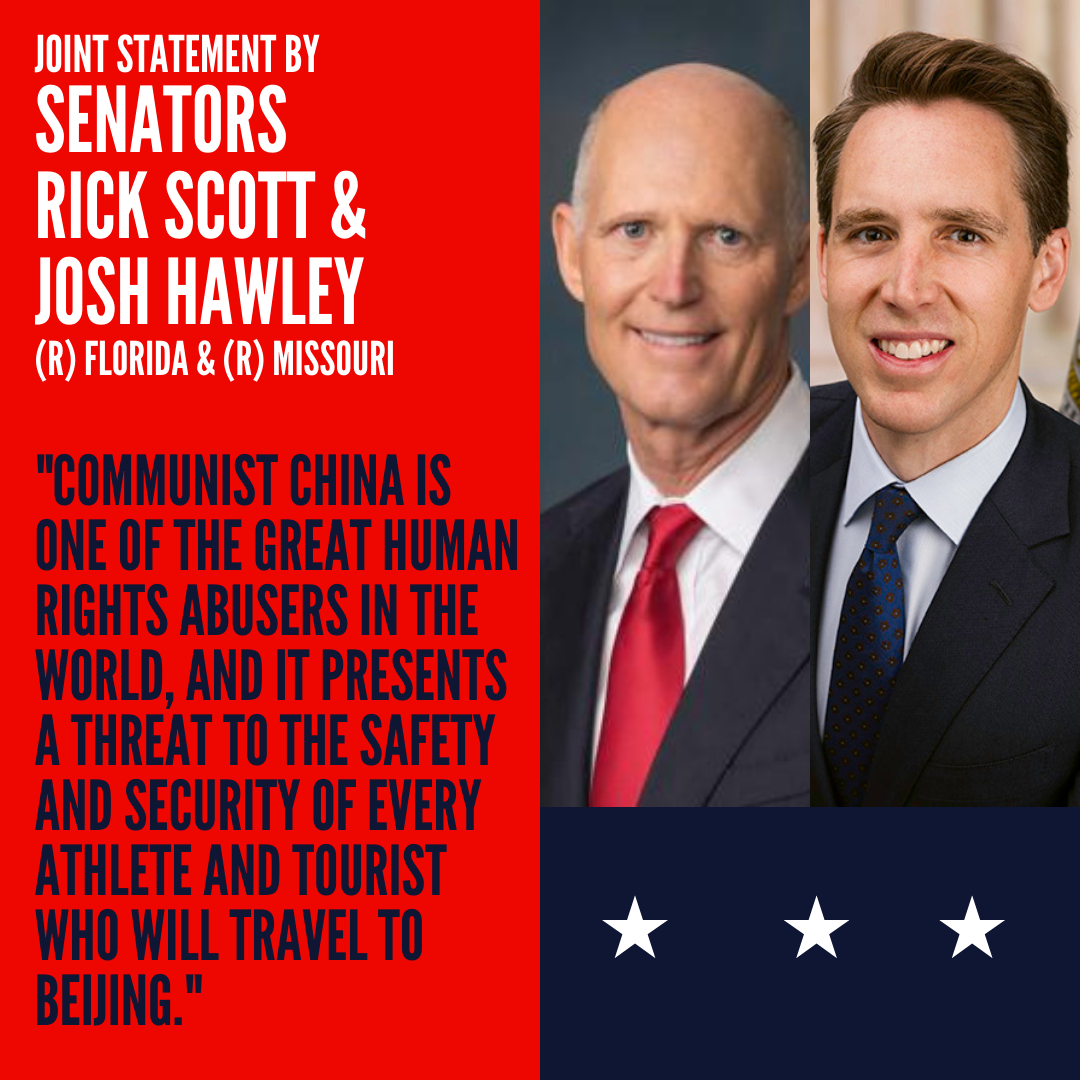 "To allow a Communist regime with an abysmal record on human rights to host a global sporting event that attracts athletes and spectators from all across the world. By doing so, you are placing profits over principles, and ensuring that China can be accepted into the international system even as it violates its basic rules and tenets.

Communist China is one of the great human rights abusers in the world, and it presents a threat to the safety and security of every athlete and tourist who will travel to Beijing. General Secretary Xi has set up a surveillance infrastructure in Beijing that tracks every person’s location and internet activity. Communist China uses millions of cameras, powered by facial recognition technology, to spy on and persecute those who criticize the regime. The 2022 Olympic Games in Beijing will provide the Chinese government access to a global array of dignitaries, athletes, corporations, and government entities, a risk that should be avoided at all costs."

China gave the world Covid, and the world gave China the 2022 Winter Games.
It's time to stand up to China. America needs to completely boycott the Beijing Games, and not reward China for their human rights abuses, Covid mishandling, and anti-democratic values.