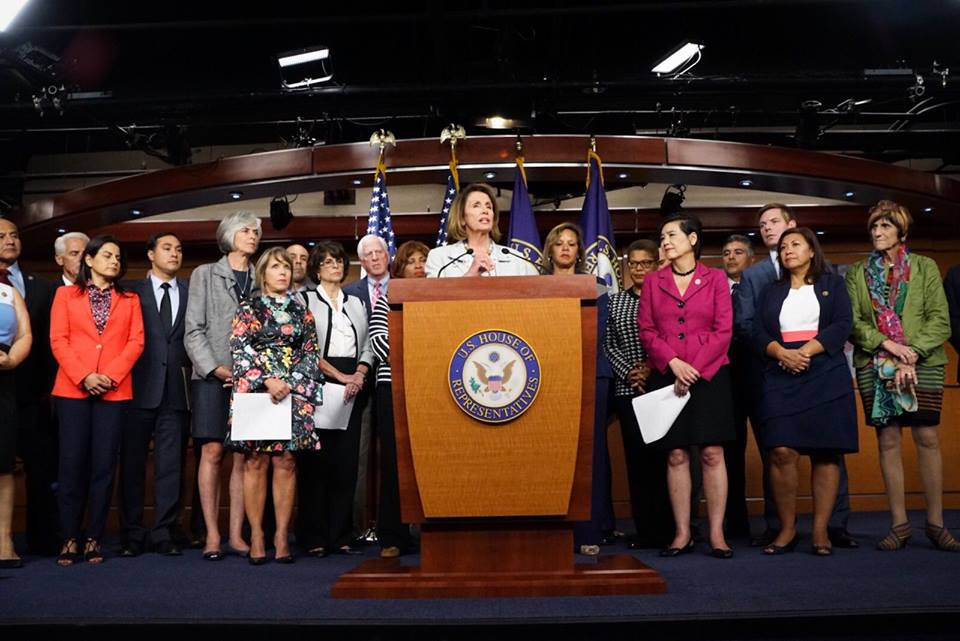 
Partisan, Illegitimate Impeachment is the True Threat to Democracy

Since the day of President Trump’s inauguration -- when liberal activists launched impeachdonaldtrumpnow.org seconds after the President was sworn in -- the left has been utterly consumed with impeachment.

First, it was Russia. Now it’s Ukraine. It would be refreshing to see liberals in Congress so keenly focused on the threats to America from abroad if it wasn’t so self-serving and disingenuous.

The truth is that the radical liberal Democrats in Congress aren’t concerned about foreign corruption or the idea of Russia and Ukraine meddling in America’s elections. They are concerned they will lose the 2020 election. That's why they are trying to undo the 2016 election and why they undermine President Trump at every turn.

They had no problem with the idea of Christopher Steele, a former British spy, being paid by the DNC to dig up dirt on Donald Trump during the 2016 election.

They had no problem when Adam Schiff embarrassingly told two Russian radio host pranksters, who were posing as a Ukrainian politician, that he would “welcome a chance” to get copies of their supposed dirt on President Trump.

They had no problem with Joe Biden withholding U.S. aid to Ukraine unless they removed a prosecutor who was pursuing corruption at the very company where his son was raking in over $80,000 a month as a member of the board.

They do have a problem with the fact that 63 million Americans voted to elect Donald Trump in 2016, and many more than that will potentially vote to re-elect him in 2020.

That really hits at the core of what this out-of-control impeachment effort is. It is simply an effort by Washington elites to control our elections by means of trials, hearings, and sham Congressional votes - because they think they know better than the American people.

Don’t take my word for it. Take theirs.

Rep. Al Green, a Democrat Congressman from Texas admitted, “I’m concerned that if we don’t impeach this President, he will get re-elected,” on May 4, 2019 - after he had already unsuccessfully tried to push impeachment efforts through Congress - and long before we ever heard anything about a call with Ukraine.

Rep. Alexandria Ocasio-Cortez said recently that the impeachment effort “'is about preventing a potentially disastrous outcome,” in 2020.

As their concern of potentially losing the 2020 election has grown, so has their lust to impeach the President. It was only March of this year when Speaker Pelosi said, “unless there’s something so compelling and overwhelming and bipartisan, I don’t think we should go down that path.”

Well, here we are, despite there being nothing compelling, overwhelming, or bipartisan about this impeachment process.

Not a single witness has provided evidence of any crime committed by President Trump. In fact the witnesses brought forth who were on the call with President Zelensky testified that on the call there was no mention of withholding aid, no quid pro quo, no bribery, and no extortion. That does not sound very compelling.

Not a single Republican voted in support of the resolution to formalize the impeachment inquiry. Democratic committee chairmen have repeatedly refused to call forth the witness lists provided by Republicans and have shut down lines of questioning they don’t agree with by Republican members of Congress in some cases. That doesn’t sound very overwhelming or bipartisan.

Despite opposition from some members of their own party, like Congressmen Collin Peterson and Jeff Van Drew, Democrats have decided that a rushed, partisan impeachment effort is a better bet to stop Trump than honestly beating him in the marketplace of ideas or at the ballot box.

And that is the true threat to our democracy.

David Goder is a co-founder of Secure America Now, the largest national security digital platform in the nation whose mission is to bring critical security issues to the forefront of the American debate.