When former president Barack Obama told supporters last week that the Justice Department’s decision to drop the case against former White House National Security Adviser Mike Flynn is a “threat to the rule of law,” he was relying wholly on the fiction, willingly propagated for years by a pliant media, that the Russia-Trump collusion probe launched by his administration was lawful and legitimate.

But of course it wasn’t. A string of recently released documents have confirmed that the entire Russia-Trump investigation, which eventually entrapped Flynn and forced then-Attorney General Jeff Sessions to recuse himself, was an unprecedented abuse of power that amounted to an organized effort by the Obama administration to nullify the results of the 2016 presidential election. It was in effect an attempted coup.

If you haven’t picked that up from the news media, it’s not your fault. Instead of grappling with the implications of newly released details about what Obama officials were doing to undermine the incoming Trump administration during the transition, the mainstream media have fixated on Trump’s use of the term “Obamagate,” dismissing it as a conspiracy theory.

A Brief History of the Flynn Case

This is to be expected. For years now the media have done everything they can to push the Trump-Russia collusion hoax—even after a years-long special counsel investigation by Robert Mueller turned up nothing—using the complexity of the scheme to hide the greatest political scandal of our time in plain sight.

A key aspect of that scheme was—and is—to make the case against Flynn appear legitimate. Flynn faced trumped-up charges that he misled FBI agents about conversations he had with then-Russian ambassador Sergey Kislyak in the weeks before Trump’s inauguration. (As the incoming national security advisor, Flynn was doubtless having conversations with numerous heads of state and ambassadors during this time, so there was nothing unusual about him talking to the Russian ambassador.)

The Obama administration already knew about the conversations with Kislyak because it had recordings of them thanks to a series of investigations it spun out of the Crossfire Hurricane counterintelligence probe of the Trump campaign. Crossfire Hurricane, launched in the summer of 2016, was itself a bogus investigation based on the Steele dossier—an entirely fraudulent document riddled with Russian disinformation and paid for by the Democratic Party.

Help us demand Obama answers for his crimes! 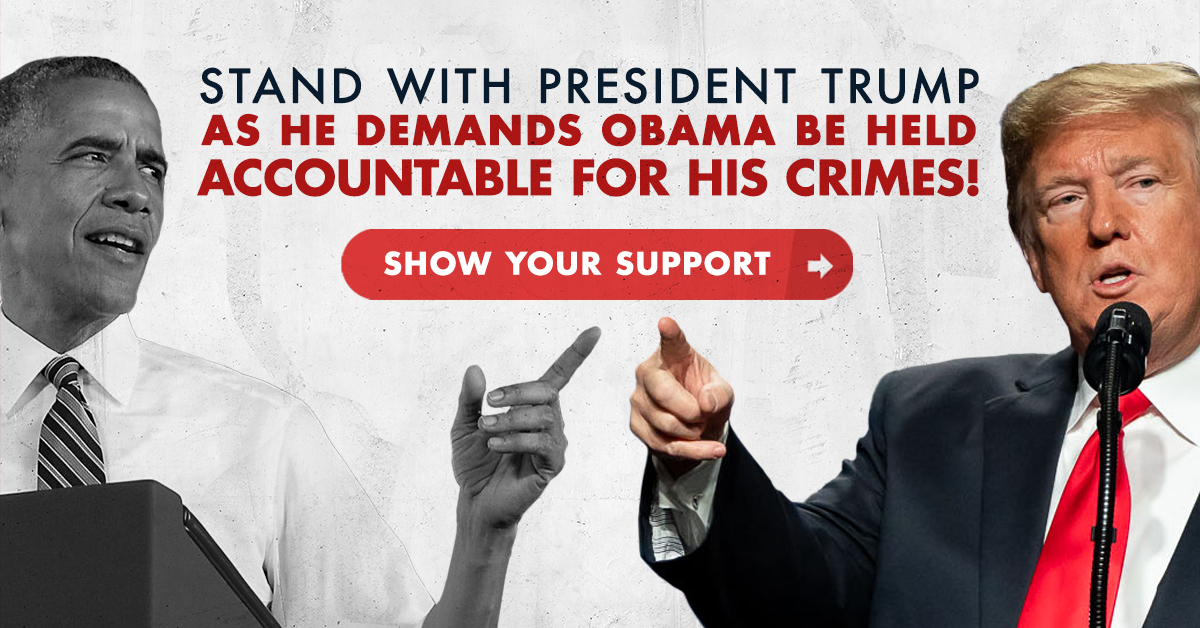