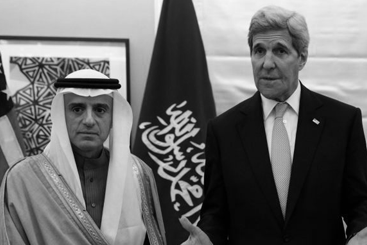 The controversy over this payment—which arose from the settlement of a longstanding legal dispute with Iran—has deepened in recent weeks after Iranian officials disclosed that nearly all of the U.S. money had been spent to strengthen Iran’s military.

Congressional efforts to compel the Obama administration to come clean about the payment have yet to yield results, prompting a separate effort to determine whether the White House overpaid Iran and is now withholding information that would prove this claim, according to documents obtained by the Free Beacon.

Lawmakers suspect that key records relating to the $1.7 billion payout were not properly maintained over the years and are now seeking to force the Obama administration to hand over the evidence.

The timing of the March legal settlement has raised questions on Capitol Hill among lawmakers who view it as part of the Obama administration’s effort to free 10 U.S. sailors who had been abducted by Iran. It also is suspected that the payout was another byproduct of last summer’s nuclear agreement with Iran.

“Earlier this year, the administration announced a $1.7 billion settlement to a case that had been pending for 35 years before the [International Claims] Tribunal, claiming it was in the American public’s best interest to settle,” Rep. Ileana Ros-Lehtinen (R., Fla.), one of the lawmakers spearheading the disclosure effort, told the Free Beacon. “But we’ve never seen the documents and we don’t know why a settlement was announced, conveniently, the day after restrictions were lifted on Iran’s Central Bank.”

The Obama administration denies all charges that the payment was related to Iran’s release of the U.S. hostages. The settlement, the administration maintains, was part of an effort to resolve decades-old legal disputes with Iran over several arms deals that were canceled in 1979, following the installation of Iran’s hardline Islamic government.

One congressional adviser who has worked on the issue told the Free Beacon that the Obama administration continues to hide information about the source of the $1.7 billion payout, which was taken from a taxpayer-funded legal account maintained by the Treasury Department.

“The entire payment has been shrouded in mystery from the beginning,” the source said. “The administration had to be badgered into even revealing where the money was coming from, and only now we’re finding out why they were so reluctant to reveal details: half of what they’re claiming contradicts the other half. But they can’t admit they paid a ransom to Iranian hostage-takers, because that would undermine their claims about how diplomacy with Iran works.”

Ros-Lehtinen and Rep. Juan Vargas (D., Calif.) are now pushing the administration to produce all government documents detailing the legal dispute, which sat open before the claims tribunal for more than 30 years.

“It’s important to conduct proper oversight and get to the bottom of this because the results could help inform future claims before the tribunal that Iran continues to pursue,” Ros-Lehtinen said, referencing a slew of other legal claims by Iran against the United States that still remain outstanding.

“We want to make sure the taxpayers are not on the hook for any false claims and that we are not inadvertently helping to fund any more of Iran’s illicit behavior—as we saw this $1.7 billion is going to boost Iran’s military, according to the regime,” she said.

“For the case to have been before the tribunal for so long, it must have been the position of the United States government that we do not owe Iran this money as the regime claimed,” Ros-Lehtinen said. “We know that the Foreign Military Sales program for decades was riddled with accounting and management errors and we also know that Iran cancelled at least $10 billion in undelivered foreign military sales orders after the revolution, leaving the United States potentially liable for termination costs and lawsuits from contractors.”

Ros-Lehtinen and Vargas, in a letter sent last week to the U.S. Government Accountability Office, are requesting information about how Iran received the $1.7 billion and how the payment was calculated.

“How was the settlement paid out, was it in U.S. dollars and which U.S. bank was it transferred to and to which Iranian financial institution?” the lawmakers asked, according to a copy of the letter obtained by the Free Beacon.

The issue of U.S. dollar access for Iran remains another hot button topic, as Congress works to stop the administration from opening up the U.S. financial system to Iran.