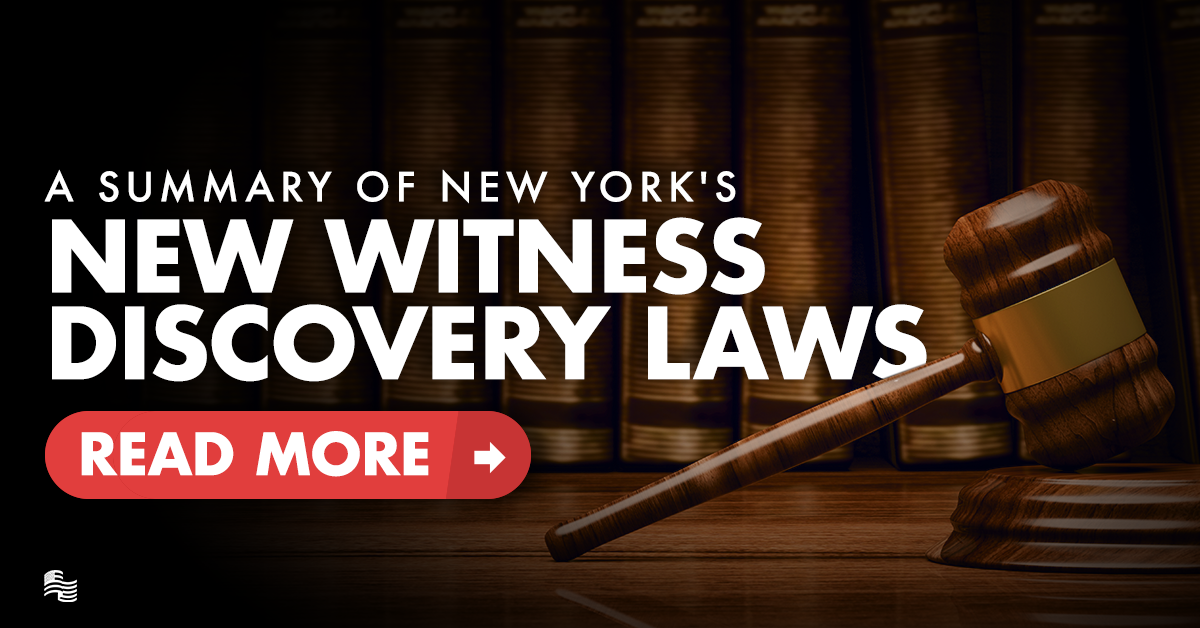 Having gone into effect January 1, 2020, New York State changed its Discovery Laws, previously dubbed the "blindfold" law," with a new statute requiring the sharing of evidence by default between the prosecution and defense on an accelerated timeline. The reform has diminished case processing times, which has resulted in shorter jail stays for defendants held in pretrial detention. However, these laws have also resulted in criminals being released prematurely and have also endangered witnesses whose identities are now exposed to all members of the trial.

The Prosecution Must Disclose Evidence on a Strict Timeline

• Open File Discovery: The current law requires defense attorneys to make written motions to obtain the prosecutor’s evidence during the pretrial period. By contrast, the new law requires the “automatic” discovery of all relevant materials that the prosecution has in its possession. The new law also directs judges to apply a “presumption of openness,” favoring disclosure when interpreting the law in specific cases. This law has put witnesses at risk of retaliation from the criminal's party.

• Strict Timeline: The current statute does not require discovery to be complete until pretrial hearings or trial. Discovery reform, on the other hand, requires the prosecution to turn over all “discoverable” materials as soon as practicable, but no later than 15 days after arraignment. An additional 30 days is permitted if the materials are voluminous or the prosecutor is not reasonably able to obtain them. In effect, the maximum timeframe for most discovery information (with a limited number of specific exceptions) is 45 days after the initial arraignment.

• Discoverable Materials: The new statute enumerates 21 types of materials that prosecutors must turn over; several of these were not listed in the old statute. Notably, the prosecution will now be required to disclose: names and contact information for any person with relevant information (including law enforcement); statements by witnesses; electronic recordings (including 911 calls); and “Brady” disclosures, which entail information that favors the defendant.

• Plea Offers: Defendants will no longer be required to consider a plea offer without knowing the evidence against them. If the prosecution makes a plea offer during the pre-indictment phase of a felony (before grand jury proceedings), the prosecution must turn over discovery materials at least three days prior to the expiration of the offer. During other stages, discovery must be shared seven days prior to the expiration of any plea offer.

Information Possessed by Law Enforcement Must be Turned Over

• Law Enforcement Responsibilities: State and local law enforcement must make all relevant records and files available to the prosecution. Whenever a 911 call, police radio transmission, body camera video, or audio recording is created, the arresting officer or lead detective must make copies and notify the prosecution of their existence, in writing, once a criminal case is filed. If law enforcement does not make a recording available to the defense as required by the statute, the defendant can move for, and the court must order, a remedy or sanction.

Overall, these new laws have created a mess at District Attorney Offices around New York. It has vastly increased the workload, and thus, criminals have been released back onto the streets because of the inability to process cases. It has also disincentivized witnesses to disclose information relating to the case, as anything provided by witnesses towards the case is immediately released to the public, which has accounted for retaliation on behalf of the defendant's party.