New York’s criminal justice reform policies went into effect at the beginning of this year, and so far the results have proven disastrous.

These laws, enacted by radical politicians in Albany, are entirely unsustainable and put New Yorkers and all Americans directly at risk.

Bail “reform”, one of the most egregious laws, turns our criminal justice system into a revolving door, allowing many criminals back onto the streets in a matter of hours without any form of cash bail, and goes on to bribe them with concert and sports tickets to show up at the courthouse for their trial. 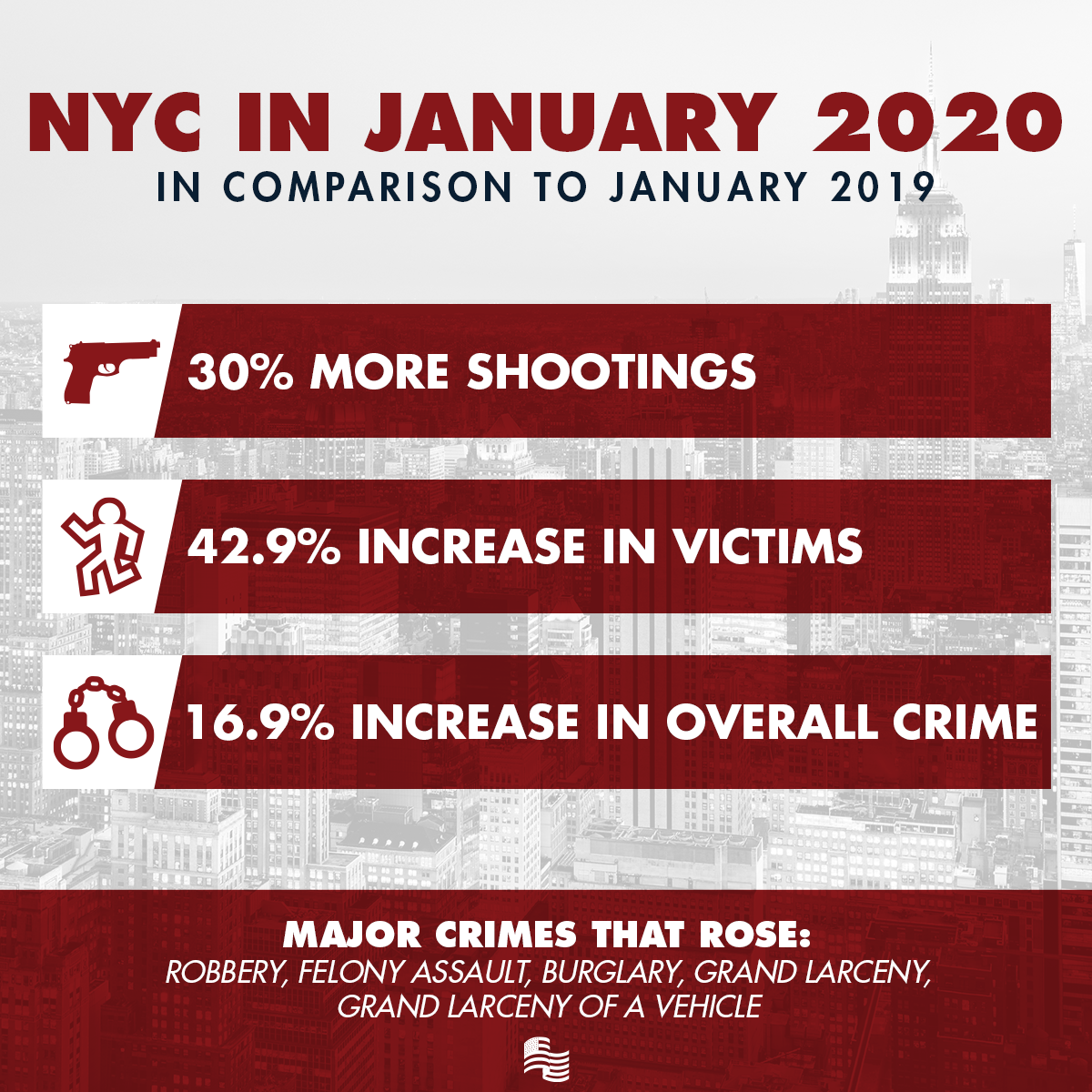 Compounding the dangerous situation, new discovery laws have created unnecessary and unsustainable workloads for prosecutors, causing many to quit, and many criminals to be simply let off the hook because of time restrictions.

In fact, over 40 staffers in the Brooklyn District Attorney’s office have quit since the beginning of the year, citing 12+ hour workdays and untenable work situations.

Manhattan District Attorney Cyrus Vance Jr. has come out and said that his office plans “to defer or even decline prosecution in certain classes of cases.” 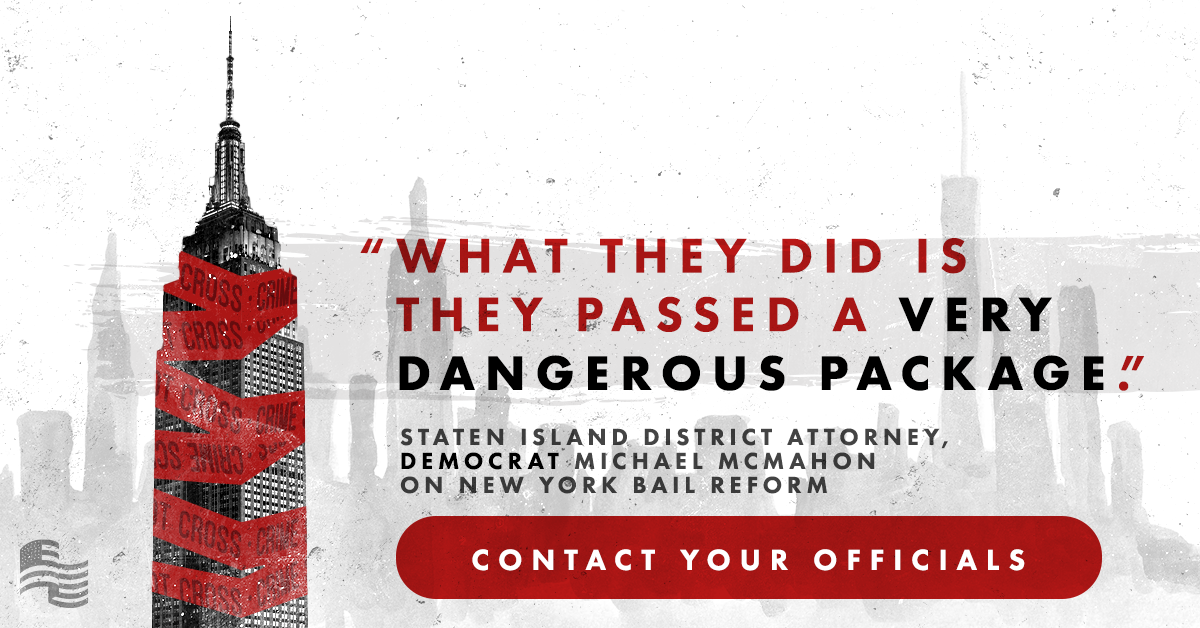 It doesn't take an expert to see that politicians in Albany are putting the interests of criminals over the interests of law abiding citizens, and putting New Yorkers in harm’s way in the process.

You can help fight these dangerous laws! Click here to email the NY State Legislature and tell them to reverse the disastrous new set of laws.