"We make the job of serving in Congress way too complicated. It’s pretty basic. What did we tell the voters we were going to do when they elected us to represent them? That’s what we should do.

Voters elected President Trump to shake up Washington. In his first two years, the president has kept his promises. Now it is Congress’s turn. We have three weeks to help him deliver on his biggest promise: securing the border and building the wall. 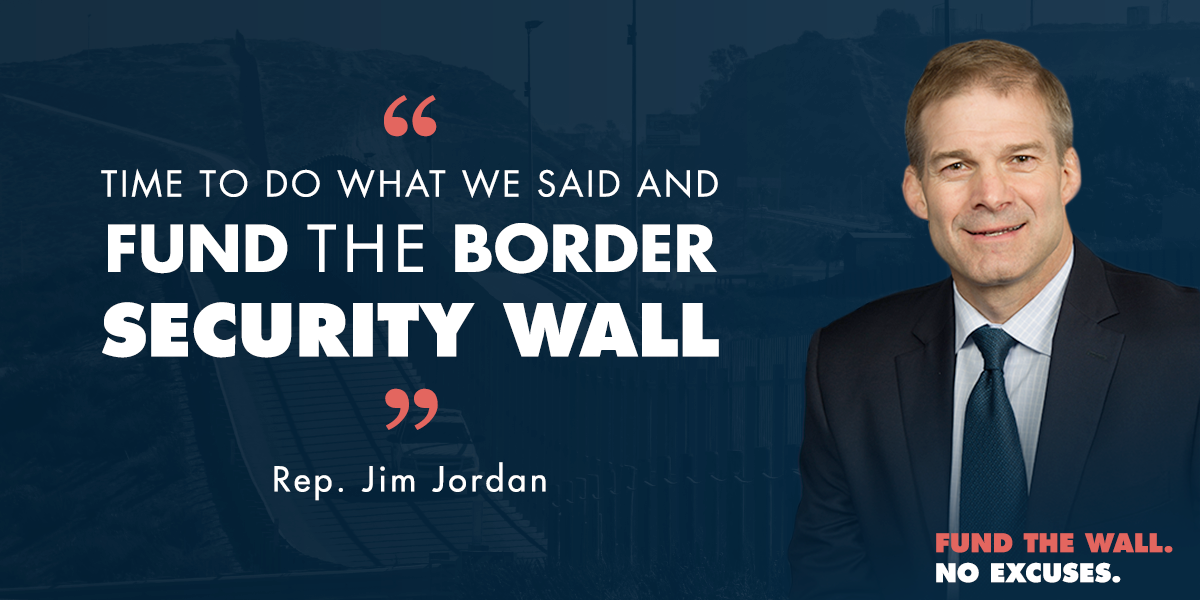 The situation at the southern border is critical. The recent caravan was only the first of many. They’re coming because they have a reason.

A series of loopholes in our immigration laws have led to a policy called “catch and release.” When illegal aliens are caught at the border, these loopholes often allow them to enter our nation to wait for an immigration hearing. Sometimes these hearings are years in the future. All too frequently, they don’t even show up."

If Congress doesn't fund the wall now, it may NEVER happen!

1) Email your Representatives and tell them to Fund the Wall: CLICK HERE

2) Donate so we have the resources to keep the pressure on Congress: CLICK HERE