This week, we are remembering Mark Knapp. Here is his story:

59-year-old Mark Knapp was murdered by an illegal immigrant, Heriberto Perez-Velasquez, as Knapp was driving his tractor to get washed in Weedsport, New York.
Perez-Velasquez was driving drunk when he rear-ended a compact tractor driven by Mark Knapp, who was ejected from the tractor and died at the scene. Perez-Velasquez then fled from the scene before being arrested.
This incident was completely avoidable. Perez-Velasquez had been previously arrested just weeks prior for aggravated DWI and resisting arrests. Immigration and Customs Enforcement (ICE) was aware of his illegal status and had requested a detainer for him at the local police department. Rather than abiding by ICE’s request, the police department decided to release him. 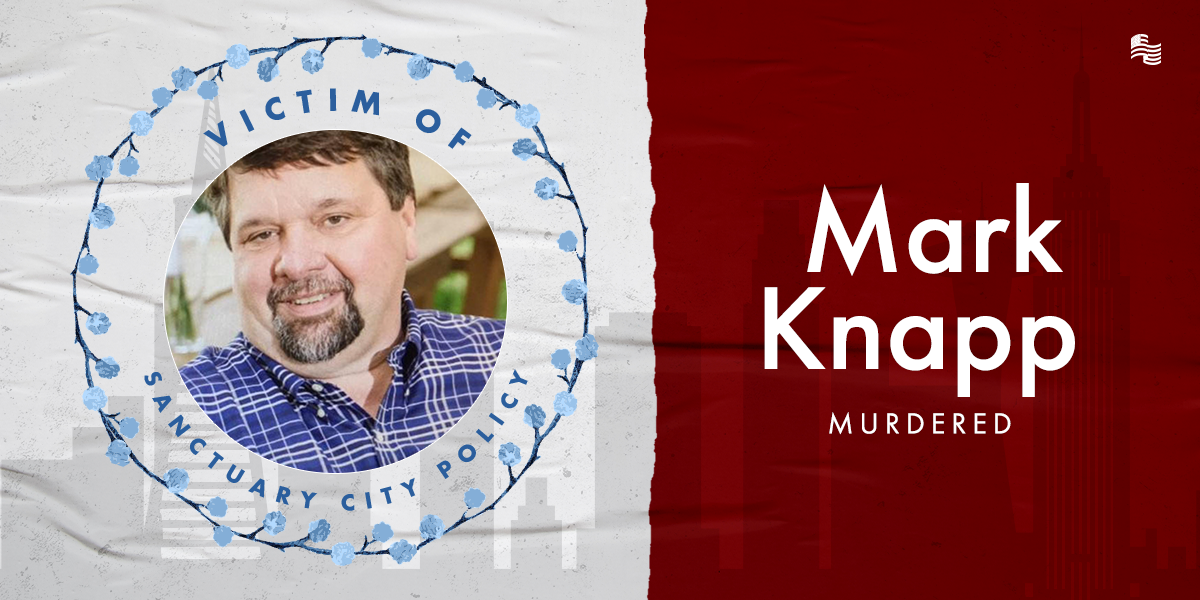 If the local officials in New York had abided by ICE’s request, Mark Knapp would still be alive.

Sanctuary cities and states undermine our national security and put all Americans at risk.

It is sad that elected officials are putting the interests of criminal illegal aliens over those of law-abiding Americans.

Secure America Now is dedicated to raising awareness about the dangers of sanctuary policies in our country and that means remembering those who have been victims of such policy.

Help us tell Gov. Polis of Colorado that his state’s radical sanctuary laws are a danger to every single American---Call now.