This week, we are remembering Maria Fuentes. Here is her story:

This incident, like many across the country, was completely avoidable.

The perpetrator, Reeaz Khan, was an illegal alien who had been arrested six weeks prior to this attack for domestic violence charges.

Immigration and Customs Enforcement (ICE) was aware of Khan’s illegal status and had requested a detainer for Khan at the local police department. Rather than abiding by ICE’s request, the police department decided to release him. 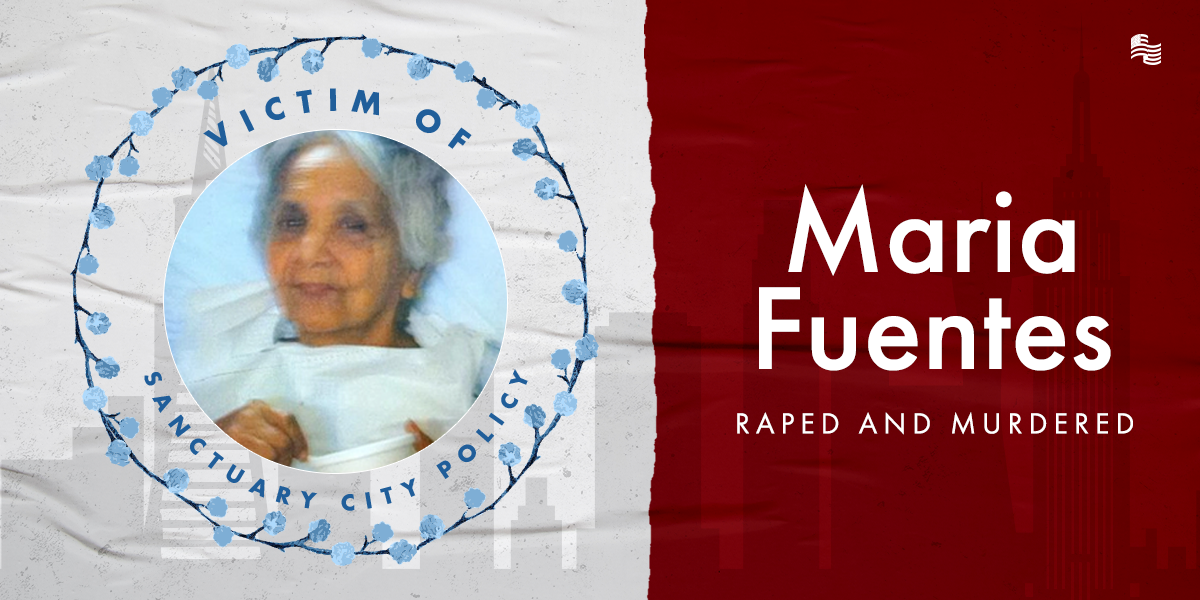 If the local officials in New York had abided by ICE’s request, Maria Fuentes would still be alive.

What’s really scary - New York’s radical sanctuary laws are putting all Americans at risk, because nothing was stopping Khan from traveling outside New York after being released by local officials.

Sanctuary laws are putting all Americans at risk, plain and simple.

Help us tell Gov. Scott of Vermont that his state’s radical sanctuary laws are a dancer to every single American---Call now.