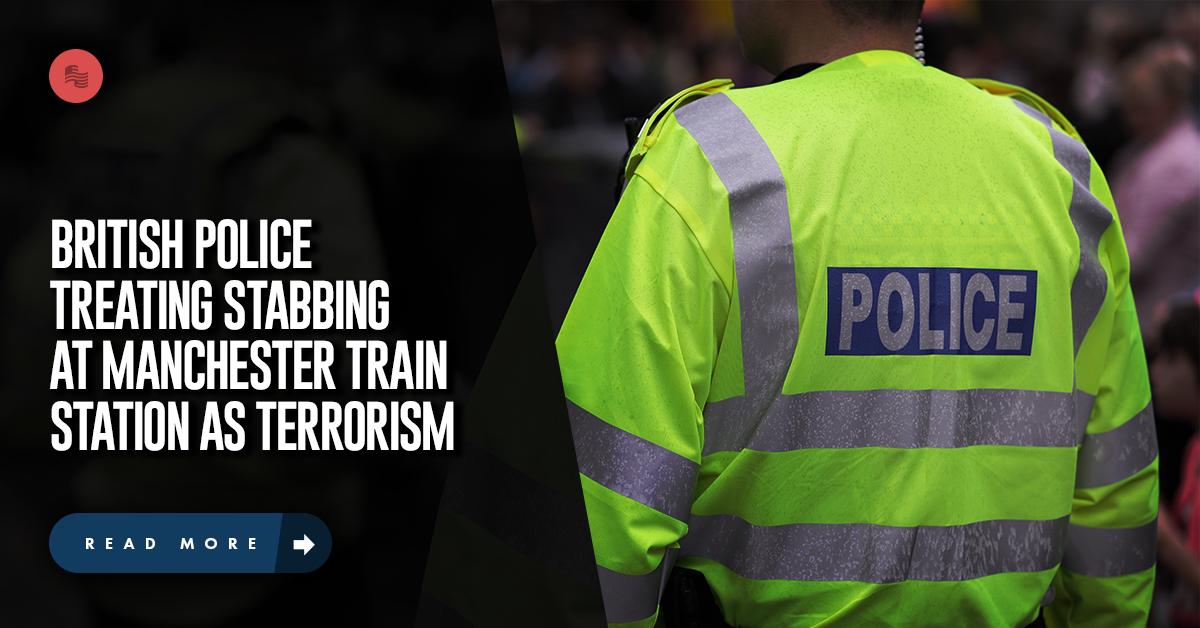 Police in the northwestern English city of Manchester said Tuesday that a stabbing attack at the train station overnight is being treated as terrorism.

On New Year’s Eve shortly before 9 p.m., a man wielding a knife attacked a couple in their 50s and a police officer at Manchester’s Victoria Station. Officers tackled the suspect, a 25-year-old man, who was arrested at the scene.

The couple sustained “serious” injuries and are recovering in a hospital, police said. The officer stabbed in the shoulder while subduing the suspect was released from hospital Tuesday.

Chief Constable Ian Hopkins commended the bravery of the four officers involved in stopping the attacker.

“Last night we experienced a horrific attack on people out to simply enjoy the New Year’s Eve celebrations in Manchester,” he said in a statement. “We are treating this as a terrorist investigation which is being led by counterterrorism officers with support from Greater Manchester Police.”

He added that they worked through the night to determine identity of the suspect. Police later searched an address in the city’s Cheetham Hill neighborhood.

Clack also later tweeted that the suspect had a “long kitchen knife.”

The BBC also broadcast video footage of the suspect shouting “God is greatest” in Arabic as he was being taken away by police.