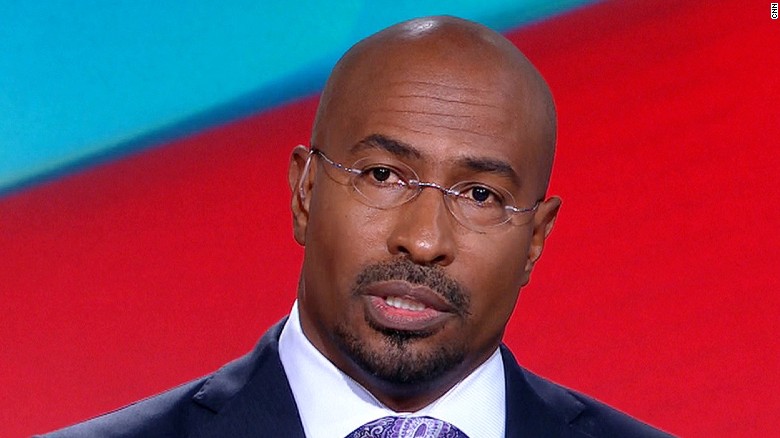 Van Jones has just been granted a "Civility Award" by spacefaring billionaire Jeff Bezos with $100 million to do anything he pleases, no strings attached. As you'll see, Jones has an incredible track record when it comes to civility. He has been a community organizer, a publicly avowed communist, an Obama Administration green jobs czar, and lately a vapid CNN commentator. Here are some shining examples of how, over the course of his career, Van Jones has demonstrated the civility for which Jeff Bezos paid $100 million.

1. He Founded STORM (Standing Together to Organize a Revolutionary Movement)

As an avowed communist, Jones founded STORM to be a communist revolutionary front. They held readings of Marx and Lenin and trained people on "capitalism and wage exploitation, the state and revolution, imperialism and the revolutionary party." Of course the end game of all this was the violent overthrow of the current government and revolution against normal Americans like the Soviets did in Russia. Totally civil stuff.

2. He Endorsed a Letter Suggesting George W. Bush Was Behind 9/11

Jones put his name on a letter requesting an investigation into whether the Bush administration allowed 9/11 to happen as a “pre-text to war.” Of course by the time he was a member of the Obama Administration and this all came out he denied it. He ultimately ended up resigning over this and several other controversies.

3. He Publicly Supported a Man Who Murdered a Police Officer

Mumia Abu-Jamal was convicted of shooting a police officer in the back and the head. He had previously been a member of the Black Panthers. Van Jones supported Jamal publicly and maintained the cop killer's innocence, despite evidence to the contrary. Naturally, instead of giving money to the families of fallen law enforcement officers, Jeff Bezos has given millions to a man who supported a cop killer.

4. He Called the Election of Donald Trump a "Whitelash"

Nothing says civility like coining a new racist term to disparage millions of fellow Americans. As part of CNN's hysterical 2016 election night coverage, Van Jones apparently read the minds of millions of Trump voters and assumed the only reason they could have voted for him was racism, commenting “This was a whitelash against a changing country. It was whitelash against a black president in part." To Jeff Bezos, civility means insulting the character of those you disagree with by calling them racist.

5. He Accused White People of Having a Brain Virus

If Jeff Bezos wanted to reward someone for civility, Van Jones seems to be a strange choice to say the least. He has made sweeping comments about the character of people based on nothing but the color of their skin, saying "Even the most liberal, well-intentioned white person has a virus in his or her brain that can be activated at an instant." One might observe that accusing people of a different race of having a brain virus that causes them to misbehave is racist. Jeff Bezos would just give the person making that statement $100 million.

It's almost amazing what counts as civility these days: be a communist, hate Republicans, Trump, and white people, and glorify racist cop killers. It's almost as if Jeff Bezos is rewarding leftists for being hateful to conservatives. It really makes you wonder about the priorities of a billionaire who has been criticized by the left for his wealth when he showers them with money.