This week, we are remembering Kate Steinle. Here is her story:

32-year-old Kate Steinle was out on San Francisco’s Pier 14 for a day with her father and a friend. Tragically, Kate would never make it home as she was murdered by an illegal immigrant right in front of her father.

The shooter, Garcia Zarate, was a criminal illegal immigrant and repeat felon, who had been deported back to his home in Mexico 5 times prior to the shooting. Zarate was in local custody for another crime, but because of San Francisco’s sanctuary laws, Zarate was released back onto the streets despite a deportation order by Immigration and Customs Enforcement (ICE).

This incident, like many across the country, was completely avoidable. 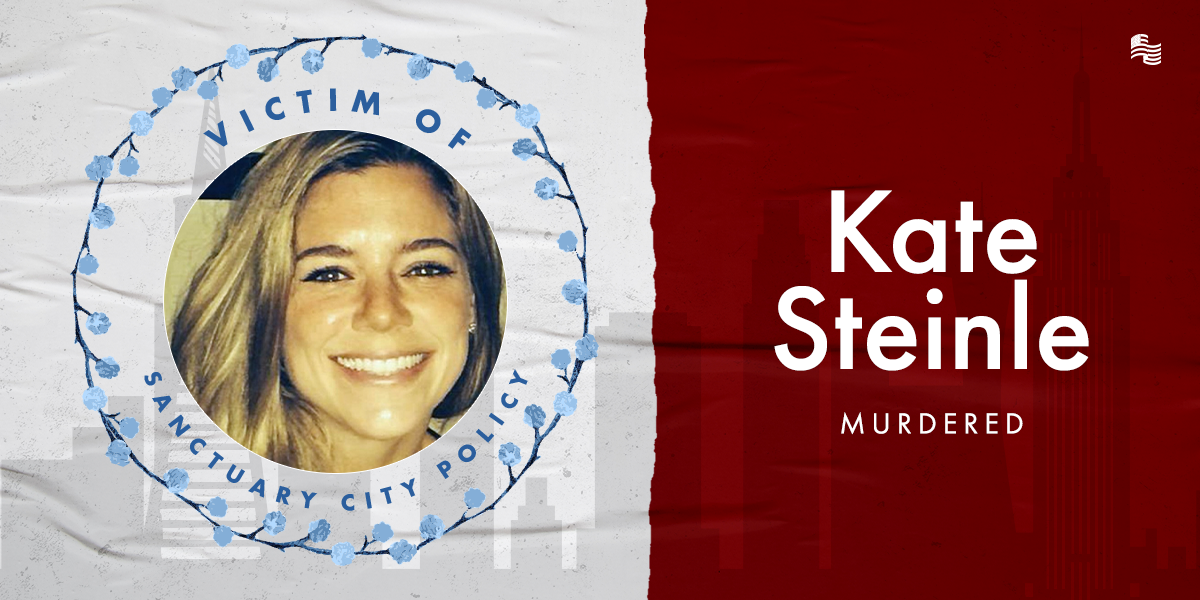 If the local officials in California had abided by ICE’s request, Kate Steinle would still be alive.

What’s scary? Nothing was stopping Zarate from traveling outside California after being released by local officials.

Sanctuary laws put all Americans at risk, plain and simple.

Help us tell Gov. Polis of Colorado that his state’s radical sanctuary laws are a danger to every single American---Call now.