A new study published in Journalism Practice suggests that professional journalists are less morally developed than they used to be.

“For the last couple years, one of my main research interests has been the shifting nature of journalistic identity, like what makes up professionalism in the industry. Numerous studies by various researchers have shown that it’s kind of in flux,” said study author Patrick Ferrucci, an assistant professor at University of Colorado-Boulder.

“A couple years ago, while reading The Atlantic, I read an article about a study done in Europe that used identity priming with Wall Street folks. It sounded super interesting and cool so it got me thinking about how I could run a similar experiment with journalists. After talking to my co-authors, we came up with using a moral development scale known as the Defining Issues Test.”

In the study, 171 journalists in the United States completed the Defining Issues Test, which presents ethical dilemmas and asks respondents to rank twelve statements according to how important each was in making a decision. 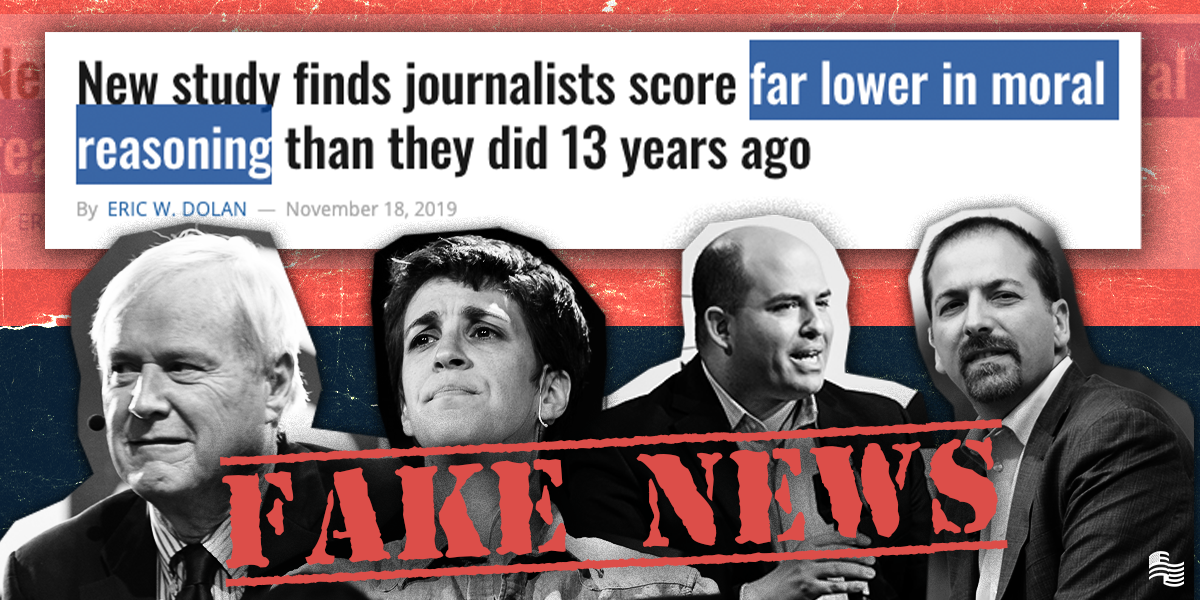 “If the prime did result in differences, it would imply that professional journalists think more ethically when primed with their professional identity, that their moral reasoning is heightened when thinking about their job as a journalist. This is not the case, and this shows that ethical application or moral reasoning, for journalists, are not, potentially, a function of occupation,” the researchers wrote.

Ferrucci and his colleagues also found that today’s journalists scored lower on the Defining Issues Test than a group of journalists who completed the same test in another study 13 years ago.

Donate to help us continue to expose the Fake News: https://www.secureamericanow.org/donate_to_fight_the_fake_news