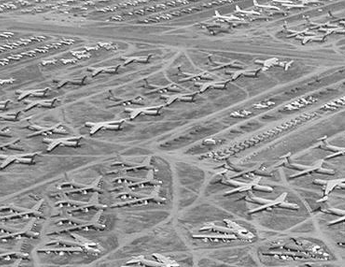 The packages, which were shipped through the Israeli postal service, contained disassembled drones, rifle scopes, radio receivers, cellphone signal boosters and video transmitters, a statement from the ministry said.

Some of the equipment, including the 5.8 GHz video transmitters confiscated at the border crossing earlier on Monday morning — are banned for private use both in Israel and Palestinian Authority-controlled areas of the West Bank.

According to the statement, a joint operation by border authorities, police, the Shin Bet security agency, and the Coordinator of Government Activities in the Territories intercepted the packages at the Erez border crossing at the Gaza-Israel border over the past several weeks.

Security forces have launched an investigation into locating the source of the equipment and those responsible for their attempted smuggling into Gaza.

The ministry said a number of other smuggling attempts of drones have been foiled by the Shin Bet in recent weeks.

Earlier this year, guards at the Kerem Shalom border crossing into the southern Gaza Strip uncovered a shipment of drones equipped with high-quality cameras hidden in an Israeli truck carrying toys.

In March, Hamas drones reportedly flew out of the Gaza Strip and into Egyptian airspace above the Sinai Peninsula several times as the Egyptian army stood by helpless to prevent the incursions. Egyptian radar picked up three drones flying out of the southern Gaza Strip on numerous occasions, the Egyptian Al Osboa newspaper reported at the time. The unmanned aerial vehicles penetrated as far as El Arish and Sheikh Zuweid, some 50 kilometers from the Egypt-Gaza border.

Earlier that year, during Israel’s war against Hamas in Gaza, the terrorist group launched two drones into Israeli airspace before they were promptly blasted out of the sky by IAF-launched Patriot missiles.