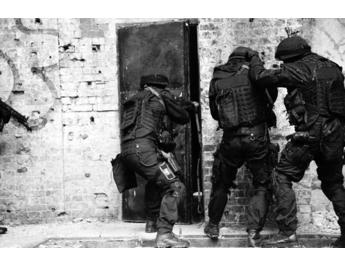 The jihadist group claimed the act of terrorism was in response to its calls to target civilians of coalition countries involved in Iraq and Syria airstrikes. "A soldier of the Islamic State stabbed two individuals in Hamburg city on the 16th of this month," the release said, in response to "calls to target the citizens of coalition countries" that are fighting Isil in Iraq and Syria.

Hamburg police reported a knife attack on the banks of the Alster river on October 16. One victim, a 16-year-old boy, was fatally wounded, while his 15-year-old female companion escaped unharmed. Police never found the attacker, described as aged 23-25 and of "southern" appearance.

"The motive for the crime is unknown and the subject of further investigation," the October 17 police statement said.

The news agency DPA reported that a police unit which investigated political crimes was brought onto the case after  Isil claimed responsibility for the attack.