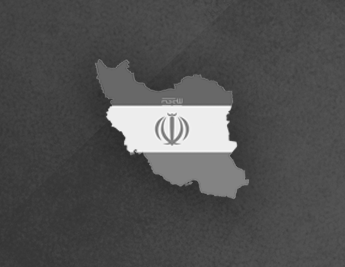 The Obama administration has the power to sanction key Russian arms sales to Iran, but has so far abstained from exercising this right under U.S. law, prompting some in Congress to question whether the administration is “acquiescing” to the arms sales in order to appease Iran, according to conversations with sources and recent congressional correspondence to the White House exclusively obtained by the Washington Free Beacon.

President Barack Obama has the authority under U.S. law to designate as illegal Russia’s contested sale to Iran of the S-300 missile system, an advanced long-range weapon that would boost the Islamic Republic’s regional military might.

However, the administration has declined for weeks to clarify its stance on new sanctions, despite expressing opposition to the sale. Administration officials have further declined to answer questions from the Free Beacon and other outlets about whether the president will consider taking action in the future.

The administration’s hesitance to act has prompted a new congressional inquiry, the Free Beacon has learned, and has sparked accusations that the White House is not exercising its sanction authority in order to prevent Iran from walking away from last summer’s nuclear deal.

Rep. Steve Chabot (R., Ohio) sent an inquiry to the White House about the matter more than a month ago. The White House has not responded.

“Given the series implications for the United States and our allies in the region, I respectfully request that you quickly determine that Russia’s transfer of S-300 surface-to-air missile systems advance Iran’s efforts to acquire ‘destabilizing numbers and types of advances conventional weapons’ and impose the necessary U.S. sanctions once the Russian delivery takes place,” Chabot wrote to the White House on April 7, according to a copy of the letter obtained by the Free Beacon.

Chabot outlined concern “that without such a determination the United States may be viewed as acquiescing to this transfer” of a major defensive weapons system to Iran.

Chabot told the Free Beacon on Thursday the administration has not responded to multiple inquiries about the potential designation.

“Despite multiple inquires to the U.S. Department of State, I still have not received a response on Russia’s S300 surface-to-air missile system transfer to Iran,” Chabot said. “This apparent dismissal leaves me wondering what exactly the Administration is hiding. I am really asking a simple question – is the introduction of a sophisticated weapon system into Iran, that has not been there previously, going to illicit the appropriate U.S. sanctions response? I am not sure why the Administration has found it so hard to come to a determination. The S300 is one of the most advanced anti-aircraft missile system’s in the world and significantly bolsters Iran’s offensive capabilities and stands as a serious hurdle to our efforts to prevent Iran from becoming a nuclear armed state. This is absolutely a destabilizing conventional weapon system.”

When contacted for comment, a State Department official told the Free Beacon that the administration has not made a final determination about whether the S-300 sale would trigger additional U.S. sanctions.

“These systems would significantly bolster Iran’s offensive capabilities and introduce new obstacles to our efforts to eliminate the threat of an Iranian nuclear weapon. I believe existing U.S. sanctions should be used to deter Russia from transferring this or other dangerous weapons systems to Iran,” Chabot said.

“Iran’s acquisition of these systems would embolden Tehran to adopt a more threatening regional posture and to pursue offensive activities detrimental to regional stability in the belief that the systems would deter retaliation,” according to Chabot.