An inghimasi fighter is defined by the U.S. military’s Combating Terrorism Center as a “suicide fighter” or “those who submerse in enemy’s line with no intent to come back alive.” This term is primarily associated with ISIS and the conflict in Syria and Iraq. 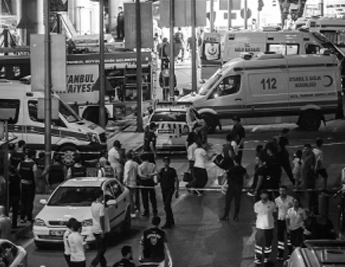 When used tactically, inghimasi means that a fighter begins firing an automatic weapon before detonating a suicide bomb. In some cases, the fighters will actually approach and hug the enemy before detonating the bomb to ensure the enemy dies with them, as frequently seen in Iraq. This approach ensures mass causalities by preventing an escape route for victims. Inghimasi attacks also make it significantly more difficult for intelligence and security agencies to disrupt the attacks.

During the recent attack in Istanbul on June 28, terrorists shot their way into the Ataturk International Airport terminal before detonating their bombs. In doing so, the radical Islamic terrorists killed 41 people and injured 239 others. Following the Paris attacks, there has been increased discussion among jihadists as to the most effective tactical approach for radical Islamic terrorism.

The threat posed by radical Islamic terrorism continues to grow. It is essential to the national security of the United States that our leaders do all they can to combat terrorism at home and abroad.

Click here to sign a letter demanding that our leaders take a stand against radical Islamic terrorism.