COVID-19 swept across the world claiming tens of millions of lives, and the news cycle felt more like science fiction than current events. With increasing political tension leading up to the 2020 standoff between President Trump and former Vice President Biden, the country seemed more divided than ever. Tensions flared even more following the news of George Floyd's tragic death under the knee of officer Derek Chauvin, and thus ushered in a new era in the political landscape of our nation.

While cities burned, law enforcement officers withstood endless assaults from rioters, looters and political actors. 2,037 men and women in law enforcement were harassed, many beaten and their very institutions were under fire from all sides. It seemed at every juncture their authority, their values and their competency was questioned. Yet they persevered.

Though the George Floyd and Black Lives Matter protests caused close to $2 BILLION in estimated damage, saw 16,241 protesters arrested and more than 20 deaths, over 90% of all charges were dropped, dismissed or otherwise not filed in most jurisdictions.

Following reports that the election had been marred by irregularities and potential voter fraud, hundreds of citizens flooded the Capitol in efforts to show their support for President Trump as Congress prepared to debate and vote on the certification of the 2020 election results. This protest saw around 140 law enforcement officers injured, over 570 arrests, and four deaths. The damage assessment was posed at $1.5 million.

In sharp contrast to the BLM riots, the Capitol protest saw hundreds of more indictments than the BLM riots in total. The BLM riots caused 10 times as much damage, 1,897 more assaults on law enforcement, over 16 more deaths, and 15,671 more arrests, yet more charges were dropped in total than the Jan. 6 protest. The numbers are highlighted below:

But why did we see such disparities in punishment? Were our leaders intimidated by the woke mob? Were they too afraid to step up in a time of contention to stand up for small business owners? Were they afraid to lose political capital?

What do you think? Click HERE to tell us! 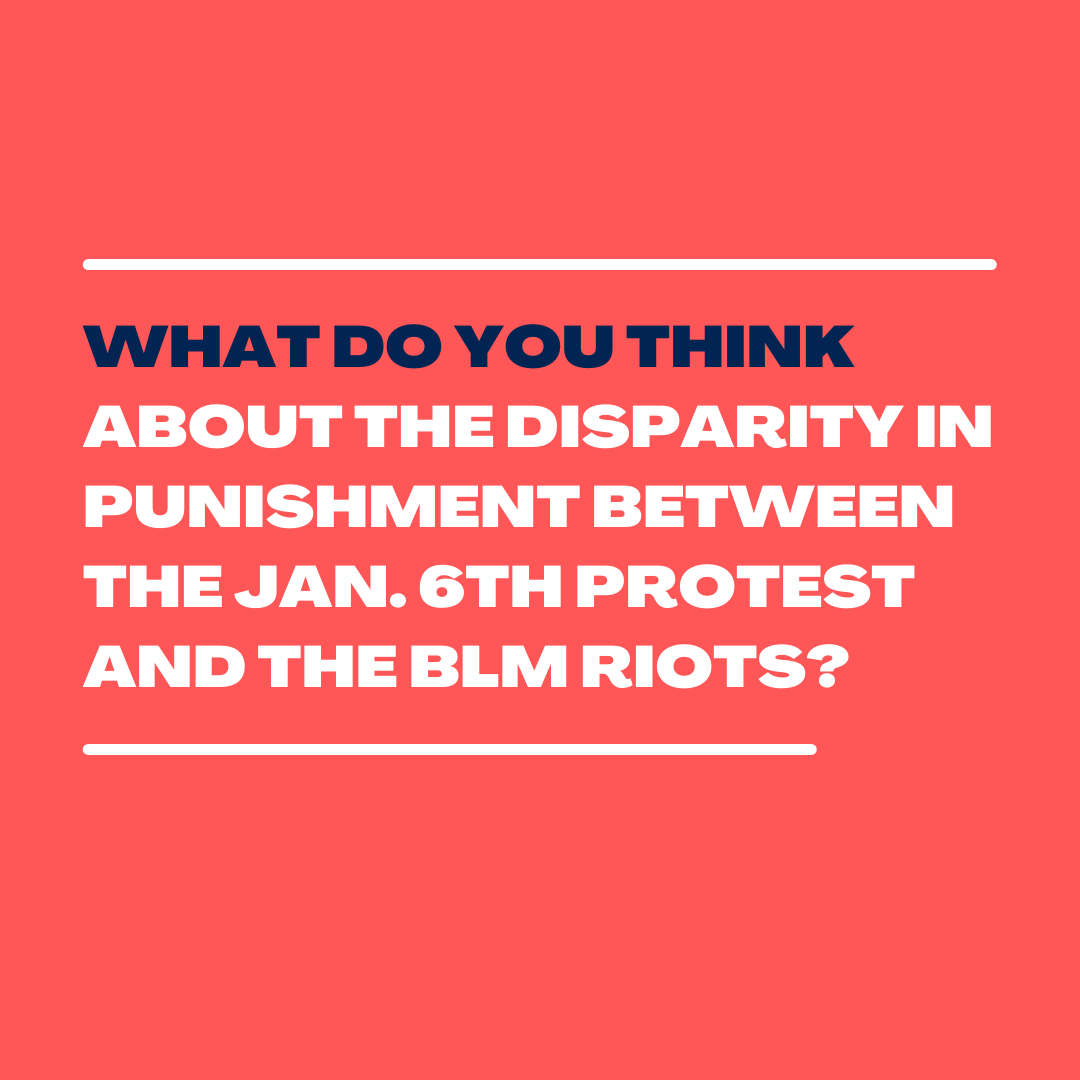