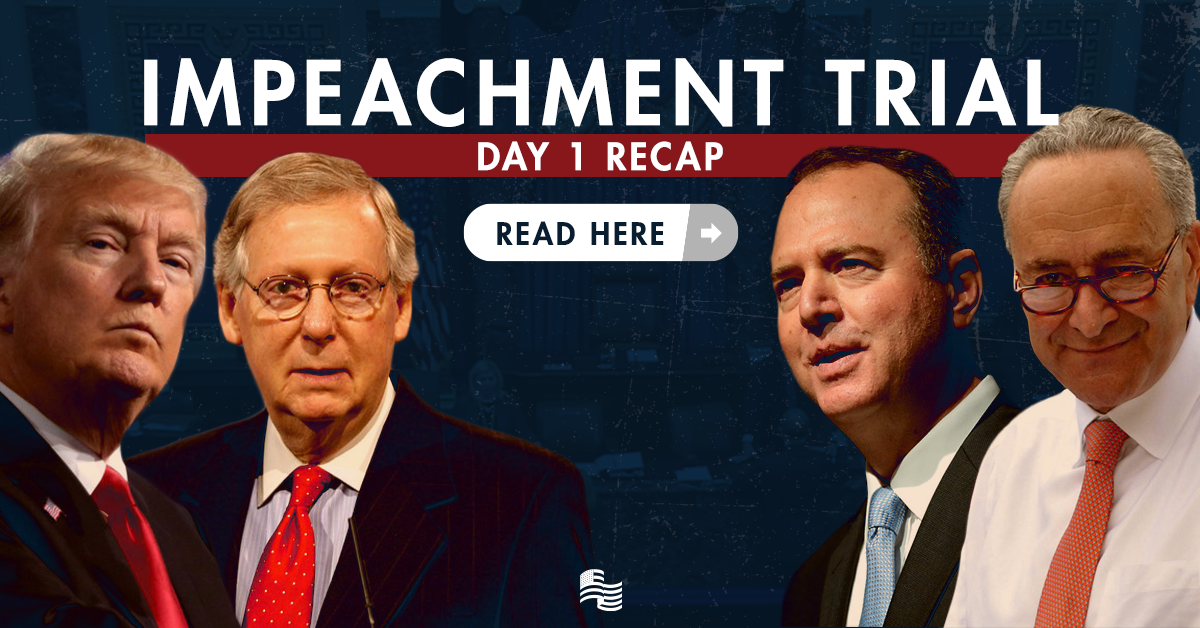 The day was spent with partisan fighting between Democrats and Republicans as the two sides sparred to determine rules that would govern the trial process.

Here are a few quick points to keep you up to date with everything going on:

The stage is set, and the trial can now begin.  After ramming an unconstitutional impeachment hoax through the House of Representatives, President Trump and his legal team will have the opportunity to show the world the truth about the impeachment hoax, and clear his name.