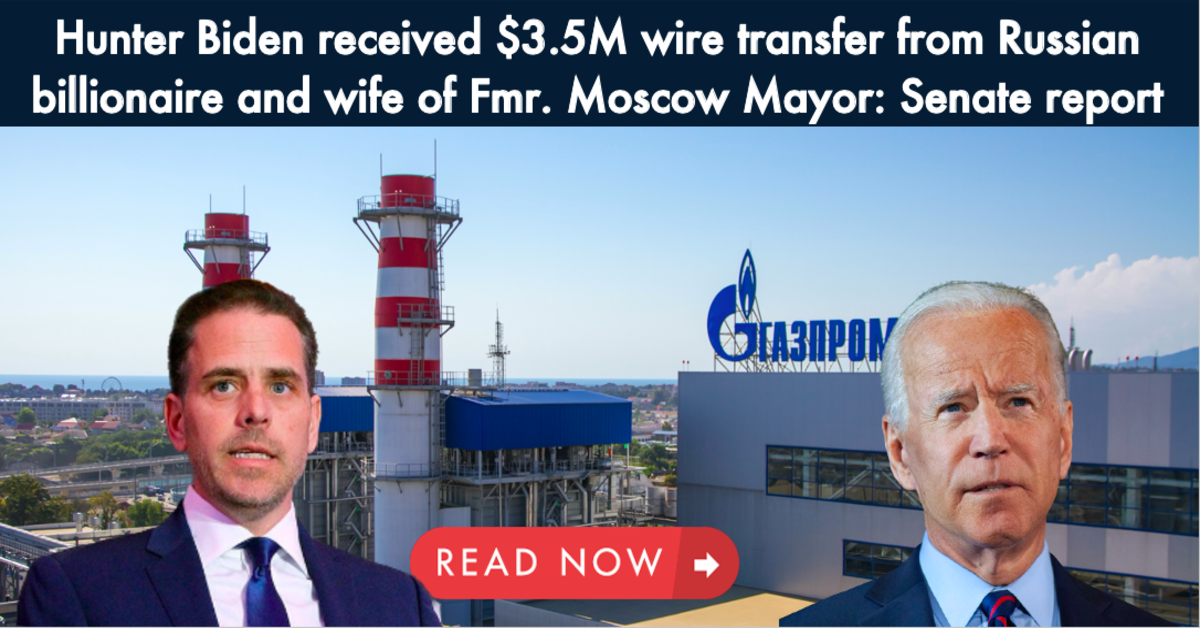 Hunter Biden received a $3.5 million wire transfer from Elena Baturina, the richest woman in Russia and the widow of Yury Luzhkov, the former mayor of Moscow, Senate Republicans revealed in their report on the younger Biden’s work in Ukraine.

Baturina is referenced in the 87-page report, which was released Wednesday, addressing her payment to Biden’s investment firm in early 2014.

“Baturina became Russia’s only female billionaire when her plastics company, Inteko, received a series of Moscow municipal contracts while her husband was mayor,” it said in providing background on the businesswoman.

The report described her involvement with Biden as “a financial relationship,” but declined to delve deeper into why the wire transfer was made.

The probe also found that Baturina sent 11 wires transfers between May and December 2015 to a bank account belonging to BAK USA, a tech startup that filed for bankruptcy in March 2019.