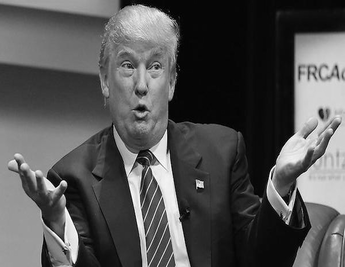 
How President Trump almost tore up the Iran Deal

1. Make no mistake, the president is serious about cracking down on Iran for its regional aggression, and has already called for new sanctions against the world's #1 state sponsor of terror.

2. The administration considers Iran to be in breach of the spirit, if not the letter, of the nuclear agreement because, they say, the bargain's purpose was to enhance regional stability.

3. Iranians have started hinting that they consider the non-nuclear sanctions imposed by the U.S. to be violations of the agreement.

4. In the next 90 days, President Trump can easily decide to end the terrible agreement.

5. Even though the White House re-certified the deal on July 18th, the Iran Deal is on life support!

Help us convince President Trump to keep his campaign promise to end the bad Iran Deal by adding your name to our petition! Click Here!