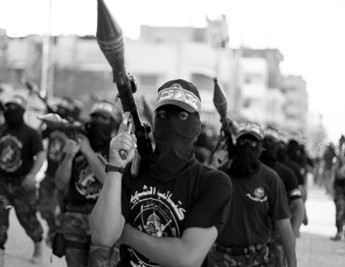 The international charity World Vision said on Monday that Israel has accused the charity's Gaza Strip director of funneling what appears to be an impossible sum of money to Hamas.

World Vision Germany spokeswoman Silvia Holten said the charity's budget in Gaza in the last decade totaled $22.5 million. She said World Vision has stopped its Gaza operations while investigations continue. Germany and Australia suspended donations to World Vision in Gaza amid the allegations.

"There is a huge gap in these numbers the Israeli government is telling and what we know," Holten said.

According to the Shin Bet, el-Halabi crafted an elaborate scheme to funnel funds, food, medical supplies and agricultural equipment to Hamas. He fraudulently listed the children of Hamas operatives as wounded, created straw organizations, and inflated project costs to divert cash, the agency said. Building supplies intended to support farming projects were transferred to Hamas for constructing tunnels and military installations, according to the Shin Bet.

The allegations, if proven correct, would bolster Israel's arguments for maintaining its blockade of Gaza, imposed after Hamas seized power in the coastal strip in 2007. Israel says the closure is vital to preventing Hamas from importing weapons and materials used to attack Israel.

Robert Piper, the U.N. coordinator for aid in the Palestinian territories, said Monday that the allegations against el-Halabi "raise serious concerns" for aid groups in Gaza, and that, if proven true, "deserve unreserved condemnation." He called for a fair and transparent trial.

Attorney Nitsana Darshan-Leitner, president of Israeli legal advocacy group Shurat Hadin, said her organization warned World Vision four years ago its funding was being diverted to armed militant groups in Gaza. She said she discovered this while her group researched a lawsuit against the Popular Front for the Liberation of Palestine, which in the past was involved in attacking Israelis. She said the PFLP used front organizations that appeared as beneficiaries on the World Vision web site. Darshan-Leitner said she is exploring suing World Vision in the United States for aiding and abetting terrorism.

"Foreign NGOs want to give money to Gaza," Darshan-Leitner said, even as they "ignore all the signs that their money is diverted to terrorism."

World Vision did not immediately respond to the charge.

The U.S. also funded humanitarian projects run by World Vision through 2011, which overlaps with el-Halabi's time as Gaza director. The U.S. State Department said in a statement that it is closely following the Israeli investigation. If confirmed, Hamas's embezzlement of aid funds would be "reprehensible," according to the statement.