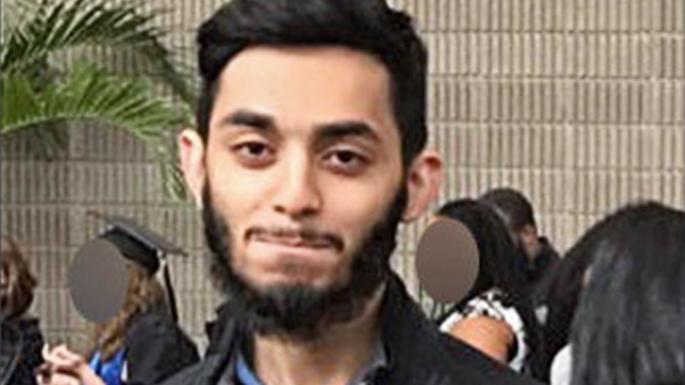 
Georgia Man Arrested for Planning to Blow Up the White House

Federal agents posing as potential terrorists and munitions sellers arrested a Georgia man in a plot to blast his way into the West Wing of the White House with an anti-tank rocket, according to court papers and prosecutors.

Hasher Jallal Taheb, 21, of Cummings, Georgia, met with undercover agents on Wednesday and traded his car for semi-automatic assault rifles, remote-controlled explosives and grenades, and an anti-tank rocket, according to an FBI affidavit.

He planned to blow out a door of the West Wing to gain entry, using as many weapons as possible to inflict carnage, court papers said. He also told at least one agent that he wanted to fire a rocket at the Statue of Liberty, the FBI said.

Unbeknownst to Taheb, the weapons he received on the back of a tractor-trailer had been rendered inert by the FBI. He was arrested within moments of "obtaining" the weaponry, according to prosecutors.

"It is important to point out that this investigation and arrest were the direct result of a tip from the community, another example of how important it is to contact law enforcement if you see or hear something suspicious," said Chris Hacker, special agent in charge of the FBI in Atlanta.

It wasn't immediately clear whether Taheb had an attorney who could comment on the allegations, the Associated Press reported.

The tipster alerted authorities that Taheb had recently become radicalized, changed his name and planned to travel abroad, the FBI affidavit said.

The affidavit says Taheb told a confidential FBI source in October that he planned to travel abroad for "hijra," which the agent wrote refers to traveling to territory controlled by the Islamic State. Because he didn't have a passport, he couldn't travel abroad and told the FBI source that he wanted to carry out an attack in the U.S. against the White House and the Statue of Liberty.