Without borders, we don’t have a country. Our borders are porous and being overrun by illegal aliens. We must secure our borders.

This is not a fringe or radical argument to make - in fact it is pretty mainstream with the people of the United States of America. Politicians on the left and right have talked about the need to secure our borders for decades on end. Just take a look at some of these quotes. Considering today’s political climate, these may shock you.

“All Americans, not only in the States most heavily affected but in every place in this country, are rightly disturbed by the large numbers of illegal aliens entering our country.”

“‘I voted numerous times when I was a senator to spend money to build a barrier to try to prevent illegal immigrants from coming in, and I do think that you have to control your borders.”

So why is it that after decades of rhetoric and big talk from our politicians, we still cannot control our borders?

The good news is that President Trump is taking action. He has already began construction on the border wall on our southern border.

Since President Trump has taken office:

Now President Trump is demanding more funding for the wall from Congress before they leave in December.

There is no chance we will be able to get funding for the wall once Nancy Pelosi becomes Speaker in January! Now is the time for Congress to act in the security interests of the American people.

Tell Congress to keep their word and fully fund President Trump’s border wall before they go home in December.

Send an email to your Congressman, Senators, and Congressional leadership here: https://p2a.co/LKWmeBz 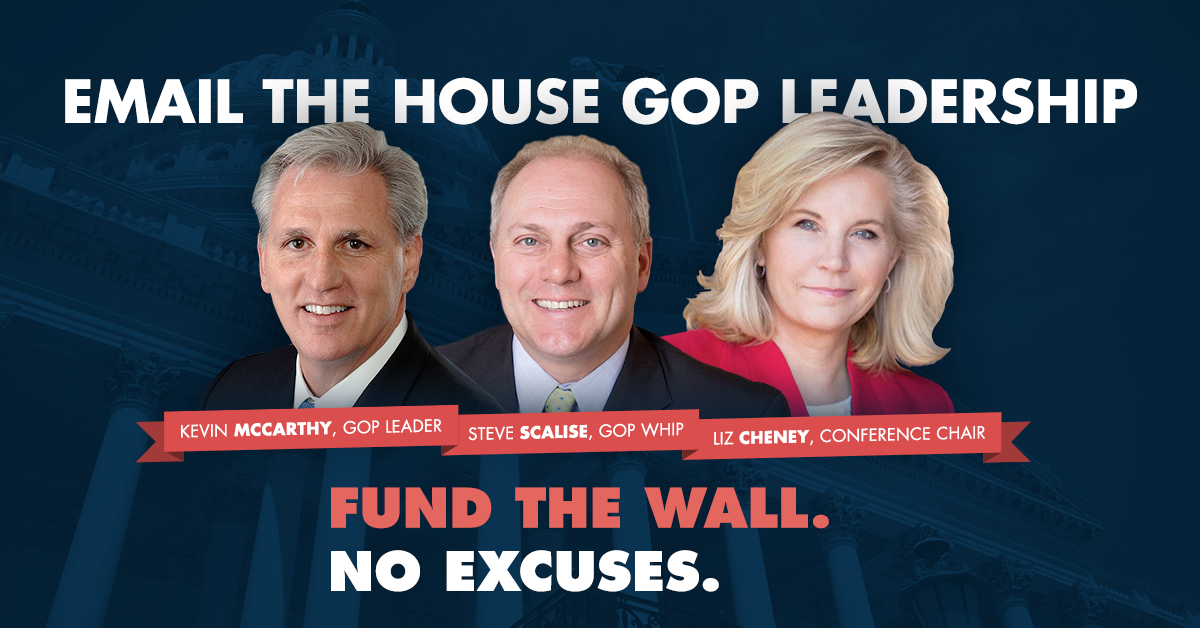