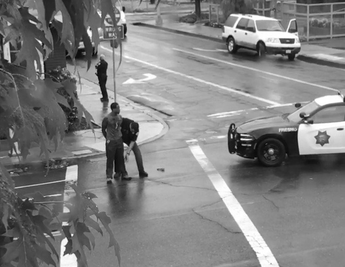 Dyer said at a news conference Muhammad has made posts against white people and the government on his Facebook page, and that all the people he shot were white men.

He also shouted "Allahu Akbar" as police tackled him to the ground, according to Dyer.

Muhammad was wanted in connection to the killing of an unarmed security guard at a Motel 6 last week, police said.