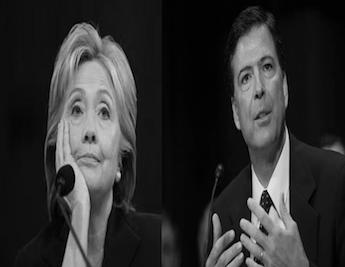 Even though there was no direct evidence that Hillary Clinton's personal email account had been hacked, Comey added that it was certainly possible that hostile States and entities could have gained access to the account.
The FBI director described Hillary Clinton and her team's actions as "extremely careless in their handling of very sensitive" information that had been blatantly marked as highly classified.
Comey would not answer questions from reporters who would have asked how come Clinton broke the law but is not to be prosecuted.
Comey's statement highlighted all of the inappropriate steps that were made by Hillary Clinton and her team in the handling of highly classified information. The investigation is another example of Hillary Clinton's remarkable ability to endanger American citizens with careless actions.