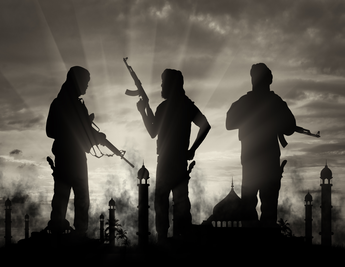 
European Islamist Plots and Attacks Since 2014

To qualify for inclusion in this analysis, the plot had to be focused on targets in Europe itself, as opposed to having solely to do with fundraising, terrorist training, or other terrorist-related activity that did not have a specific component involving an attack being planned in Europe. For example, a plot targeting European embassies in the Middle East would not be included. Also included are ISIS or Islamist-inspired attacks on different faiths, religious sects, and/or practices. Other work done in this field includes Peter Nesser, Islamist Terrorism in Europe: A History.

In 2017 alone, attacks have taken place in France, the U.K. (on multiple occasions), Italy, and Sweden. Army General Curtis M. Scaparrotti, commander of U.S. European Command, commented in March 2017 that the terrorist threat was “probably higher in Europe than any other part of the globe, with the exception of the places we’re actually physically fighting [terrorists], like Syria, […] Afghanistan, and Iraq.”

The main source of this threat is from the Islamic State of Iraq and al-Sham (ISIS), which has taken advantage of the refugee crisis in order to smuggle its operatives into Europe. Two such operatives were part of the cell that carried out ISIS’s coordinated attacks in Paris in November 2015, which killed 130 people. However, that is not their only way of carrying out attacks in Europe. ISIS is also increasingly using encrypted messaging apps to guide their recruits through the process of committing an attack. These plots have been described by European officials as being guided by ISIS via “remote control.”

ISIS is not the only group that threatens Europe: Al-Qaeda continues to do so.

In January 2015, two terrorists trained by al-Qaeda in the Arabian Peninsula murdered 12 people in Paris, most of whom worked for the satirical Charlie Hebdo magazine. All the while, radicalized individuals and cells inspired by the ideology disseminated by ISIS and al-Qaeda—some having received training abroad, others essentially enthusiastic amateurs—continue to plot against Europe.