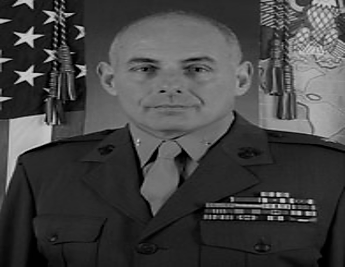 Blunt-spoken and popular with military personnel, General Kelly, 66, rose to run the United States Southern Command, which put him in charge of the military jail at Guantánamo Bay, Cuba, and exposed him to immigration, drug trafficking and other cross-border problems over a sprawling area that encompasses 32 countries in the Caribbean, Central America and South America.

In that job, General Kelly often took a tough tone on border security, warning Congress last year about the risks of smuggling rings in Mexico and Central America that spirited “tens of thousands of people,” including unaccompanied children, “to our nation’s doorstep.”

“Terrorist organizations could seek to leverage those same smuggling routes to move operatives with intent to cause grave harm to our citizens or even bring weapons of mass destruction into the United States,” General Kelly said in testimony to the Senate Armed Services Committee.

In 2010, General Kelly earned a painful distinction when his son, Lt. Robert Michael Kelly, was killed after stepping on a land mine while leading a platoon in Afghanistan. General Kelly became the highest-ranking military officer to lose a son or daughter in Iraq or Afghanistan.

Mr. Trump, according to a person briefed on the decision, has not yet formally offered the job to General Kelly, who is out of the country. The president-elect plans to roll out the appointment next week, along with his remaining national security choices, including secretary of state.