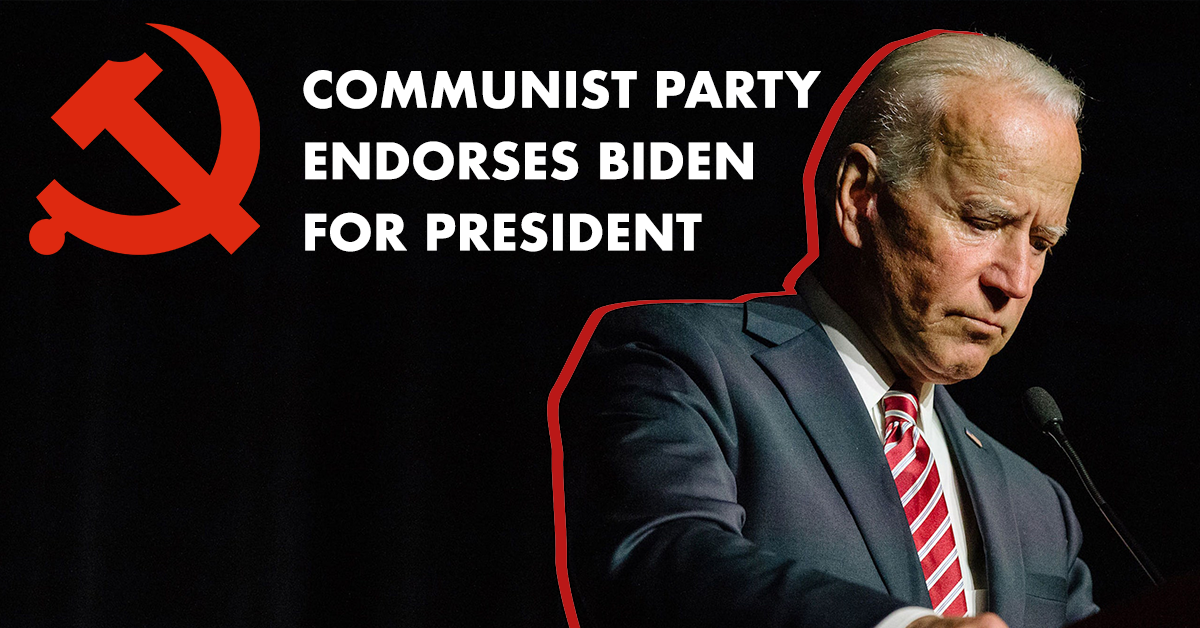 The founder and leader of the Revolutionary Communist Party USA announced on Monday that they were backing presumptive Democrat presidential nominee Joe Biden for president.

Bob Avakian made the endorsement of Biden an email to supporters, saying, “Biden is not ‘better’ than Trump, in any meaningful way — except that he is not Trump and is not part of the move to consolidate and enforce fascist rule, with everything that means,” The Washington Times reported.

Avakian continued, “To approach this election from the standpoint of which candidate is ‘better’ means failing to understand the truly profound stakes and potential consequences of what is involved. The fact is that there can be one — and only one — ‘good’ that can come out of this election: delivering a decisive defeat to Trump and the whole fascist regime.”

The endorsement from the Revolutionary Communist Party is not the first far-left fringe endorsement that Biden has received.

The Trump campaign responded to the Revolutionary Communist Party’s endorsement of Biden by saying in a statement:

Biden deputy campaign manager Kate Bedingfield just this morning made clear that “everybody who believes that Joe Biden should be president” is “welcome into this campaign.” That now includes Bob Avakian, the radical founder and leader of the Revolutionary Communist Party who just endorsed Joe Biden and instructed fellow communists to support Biden in the election. Avakian once faced serious charges of rioting and assault for protesting in favor of Chinese communist Mao Zedong’s bloody and brutal regime. Avakian also titled his memoir My Journey from Mainstream America To Revolutionary Communist. “Bob Avakian has taken the whole idea and conception of communism to another level,” one of his admirers once wrote.

Avakian’s endorsement further demonstrates that Joe Biden is an empty vessel for the radical left. Indeed, Biden is seriously considering communist Rep. Karen Bass to be his running mate. Bass praised Fidel Castro, traveled to Cuba many times as part of a radical communist revolutionary group that trained in terrorist tactics, and eulogized a Communist Party USA member as her “mentor” in 2017. This is who Biden may put a heartbeat away from the presidency.

Joe Biden is too weak to be president and too weak to stand up to the radical left. He’s nothing more than an empty vessel for the extremist fringe of the Democrat Party, a terrifying cabal which now includes active communist leaders.

Earlier this summer, “Marxist activist Angela Davis told a Russian-state propaganda media organization that presumptive Democratic presidential nominee Joe Biden would be easier to pressure into caving to the demands of the radical Left than President Donald Trump,” The Daily Wire reported.

CLICK HERE TO HELP STOP THE SPREAD OF COMMUNISM