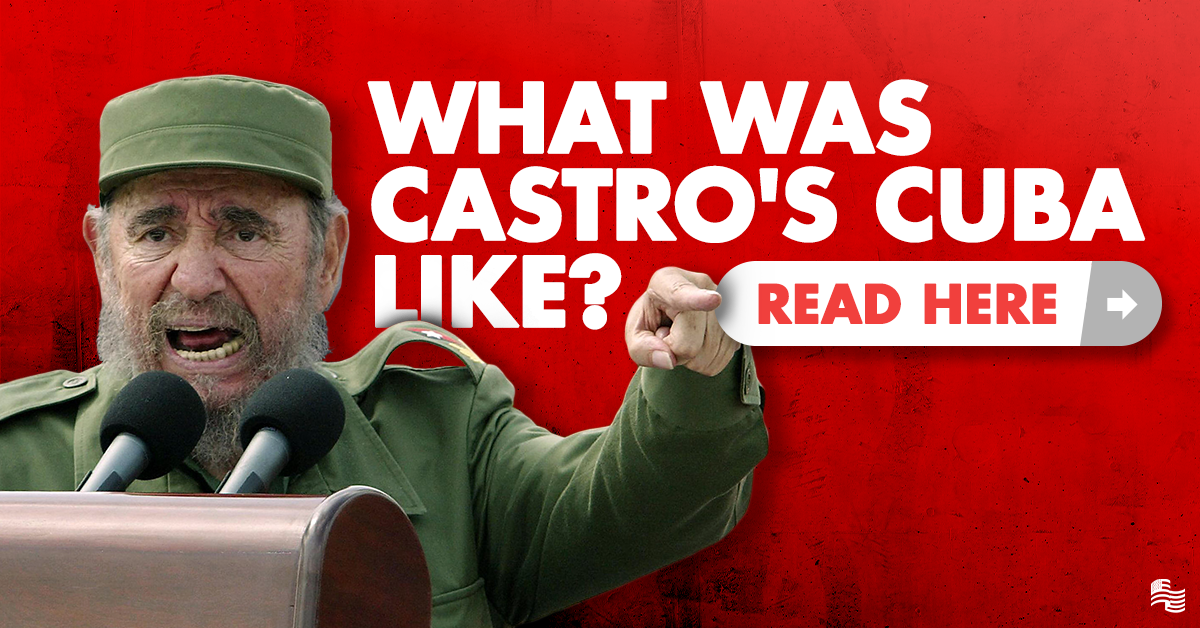 As calls for socialism become more prominent in American politics and sympathizers for dictators like Fidel Castro are received are more mainstream, here is a look back at what life was like in Castro's Cuba...

"When Sebastian Arcos and family members tried to travel from Cuba to the United States, authorities stopped them in what turned out to be a sting operation to arrest one of his uncles, who had advocated and fought for Fidel Castro’s revolution more than 20 years earlier.

His uncle spent seven years in jail. His father, also a political supporter of the communist revolution and like many other citizens soured on the broken promises of democracy, was imprisoned for six years."

"When his teacher asks him to form a sentence with the words “agrarian reform,” her brother eagerly chimes in out loud: “The agrarian reform is very sour!” His sentence rhymes in Spanish — and it’s a hit with classmates, but not with the teacher, an ardent revolutionary.

She is so mad she grabs him by an ear and pulls so hard and long that the boy bleeds all the way home."

"If Castro strode the stage of world history the past six decades, preaching socialism and making allies and enemies of nations a hundred times Cuba’s size, the price was paid — in jail time, in exile, in blood — by his unwilling countrymen. It is a price that defies accounting.

“The price? I couldn’t begin to give you the numbers,” says Carlos Ponce, the director of the Latin American and Caribbean division of the human-rights group Freedom House. “I can tell you that 2 million Cubans live outside Cuba, I can tell you that in the last 10 years, there have been nearly 18,000 political detainees.

"Under ever-tighter rationing since the collapse of the Soviet bloc, the poorest of Cubans began devouring the cat population last year. Even the tiny allowance of meat in their ration books is rarely available after they queue for hours at state warehouses.

'Cats were among the first to go since they're said to taste okay. I had my three robbed from my house in January,' said Sylvia, a 32-year- old unmarried mother who lives in the Playa district and works as an administrator in a state hospital.

'I've heard of people eating dogs, those little ones that have no fur, but I think that's the exception. They say dog meat tastes bad and you still see plenty of stray dogs. Most people have drawn the line there. So far.'"

"Outside her apartment, the hall floor is held up by a few slanted poles. Electrical wires are exposed, and water leaks down, forming a pool below. Lara burns egg cartons to fight off the mosquitoes that come into her apartment.

On one wall of the building is a message written in Spanish: "No queremos morir bajo los escombros. (We don’t want to die under the rubble.)”

Lara can't afford to move. What she earns cleaning apartments goes for food. She buys chicken, oil and maybe some bread.

“I have struggled a lot. And I´m going to die struggling,” she said."