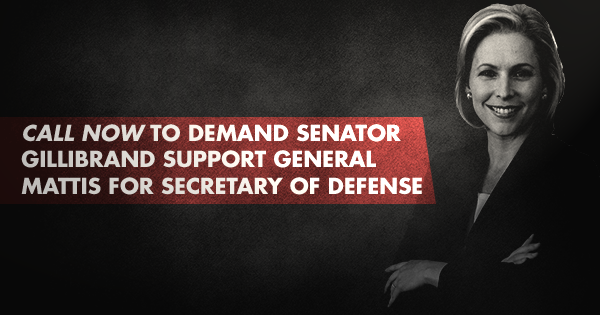 General James Mattis has over 40 years of experience as a Marine, is well-respected by friends and allies worldwide, and is beloved within the U.S. military. General Mattis is well-equipped to keep America safe and secure. He will confront radical Islamic terrorism and stand strong against the radical Iranian regime.

In contrast, Senator Gillibrand supports Obama's Iran nuclear deal, which gave Iran $150 billion in sanctions relief to the world's leading state sponsor of terror and also allows Iran to continue its ballistic missile program. Gillibrand is in the minority with her support for Iran, while General Mattis stands with the majority of Americans who are committed to keeping our country safe.