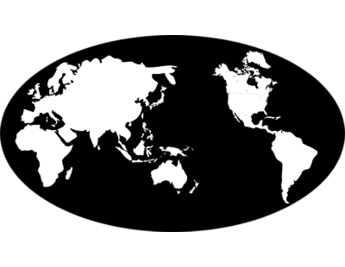 
Call Off the Paris Conference

It may be easy, but it's not correct. In fact, it's a ‎serious mistake.‎

It's also easy to think that the international community, multilateral organizations ‎such as the United Nations, or international conferences can impose a solution ‎on the parties and, voila, conflicts will be resolved. But if the parties aren't ‎willing, if the conflicts aren't ripe enough, there's no possible solution. In fact, ‎lasting peace, true peace, can only be the result of direct negotiations between ‎the parties involved and the agreements they freely reach.‎

Peace between Israelis and Palestinians does not need more plans or ‎conferences such as the one to be held in Paris on Jan. 15. What it does ‎require are two truly committed parties ready to negotiate.

Unfortunately, that's ‎not the case. For a few years now, those responsible in the Palestinian ‎Authority have chosen not to sit down and negotiate with the Israeli government. Instead, they have launched a unilateral campaign so that it will fall to the ‎international community to impose recognition as a sovereign state without ‎their having to make the typical concessions that negotiations entail.‎

The planned Paris conference was born out of good will, but it comes at a very bad ‎moment. On the one hand, Resolution 2334, recently adopted by the U.N. ‎Security Council, has endorsed the Palestinian narrative that the core of the ‎problem comes down to a geographical issue: the settlements in the West Bank ‎and the 1967 borders. Yet this interpretation does not hold water. Every time Israel ‎has swapped land for peace, it has only earned more terrorism. The most striking ‎and visible case is the Gaza Strip: Since Israel carried out its unilateral ‎withdrawal in 2005, Hamas has ruled in that territory with total impunity and the ‎attacks on Israel have only continued. Thousands of rockets and missiles have ‎been launched from Gaza against civilian populations in Israel.‎

It is easy to believe that the conflict can be reduced to an issue of territories. But that's ‎false. The reality is different.

The real problem is that the Palestinians don't want ‎to give an inch of what the Israelis want, namely, that they recognize Israel as ‎the state of the Jewish people. It is as basic as that; nothing more, nothing less. ‎To demand that Israel renounce any claim to the Western Wall and other places ‎at the heart of Judaism is not just historical nonsense, it is the wrong move. The ‎Palestinians demand east Jerusalem today; tomorrow they will want the entire ‎city, and later, the entire country. In fact, that's what their propaganda teaches. ‎Their school textbooks, all paid for with EU taxpayers' money, are full of hatred, ‎incitement to violence, and clear denial of Israel and the Jewish people.‎

Peace cannot come out of incitement to hatred and violence. It would be good if ‎the participants in Paris would demand that Palestinian leaders end their ‎campaigns and indoctrination against Israel and assume once and for all that ‎Israel was created as the homeland of the Jewish people and that it will ‎continue to be so. The sooner they accept that, the better, so they can reach an ‎agreement with Jerusalem on the drawing of borders.‎

In the same spirit, this international conference would do well to demand that ‎the Palestinian state have transparent institutions, free from corruption, and ‎defend tolerance and peaceful coexistence with neighboring Israel. No ‎liberal democracy should be satisfied if what it establishes and recognizes is a ‎nest of corruption, nepotism, discrimination, and violence.‎

This meeting, being hosted by French President Francois Hollande, is poorly timed. A ‎jihadist mortally attacked a group of young soldiers in Jerusalem on Sunday, just as others did in Nice and at the Christmas market in Berlin. ‎Israel has been enduring low-intensity terrorist attacks like these for the last ‎two years. This is not the moment to punish or pressure Israel. There are two ‎reasons: first, because the more Palestinians believe that Israel is isolated, the ‎more tempted they are to escalate violence against Israel. This happened with ‎Yasser Arafat in 2000 and will happen again if we continue to blame and delegitimize ‎Jerusalem. Second, to isolate Israel means losing perhaps the best ally the West has ‎to deal with the jihadist threat. Israelis have been enduring the threat firsthand for ‎decades and have developed a system to deal with it.