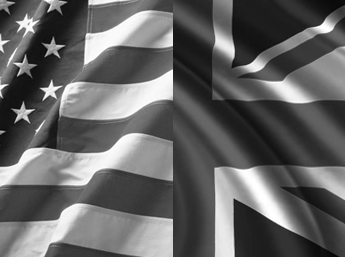 
Britain Votes To Protect It's Border

1. They are in control of their border.

In the European Union, anyone who is in a member country can freely travel to any other member country. This is a security risk that left the United Kindom open to potential terrorists. Now that they've left, the U.K. has far more control over who comes into their nation.

2. They have a larger national security budget.

The U.K.'s membership dues in 2015 were a whopping $17 billion in 2015. With that money, they could create a more robust national security policy to protect them and their allies.

3. They can make their own immigration policies.

While in the European Union, the United Kingdom was required to allow anyone with citizenship in another E.U. member country to live and work there. This opened the door for massive immigration policies that undermined their efforts against terrorism Now, they have control over who they allow to live in the U.K.

4. They control their relationship with Iran.

The European Union recently lifted nuclear sanctions against Iran, which could lead to them developing nuclear in the future. This is a threat to the U.K. and their allies. Now that they have left, they have more power over their negotiations with the worlds largest state sponsor of terrorism.

5. They have more power to fight terror.

The Paris and Brussels terrorists both benefited from the E.U.'s lax travel regulations. Leaving gives them the ability to fight terrorism effectively.

6. They will have more control over what refugees they let in.

The European Union is in favor of taking in a multitude of refugees and potential terrorists. With no way to make certain that ISIS has not infiltrated refugee camps, letting in mass numbers of them poses a substantial national security risk. Now the U.K. has freedom to restrict who they grant refugee status to.

It will take years to know all the ways that Brexit will effect the United Kingdom and the world, but we know that it gives the U.K. freedom to implement policies that will benefit their national security.