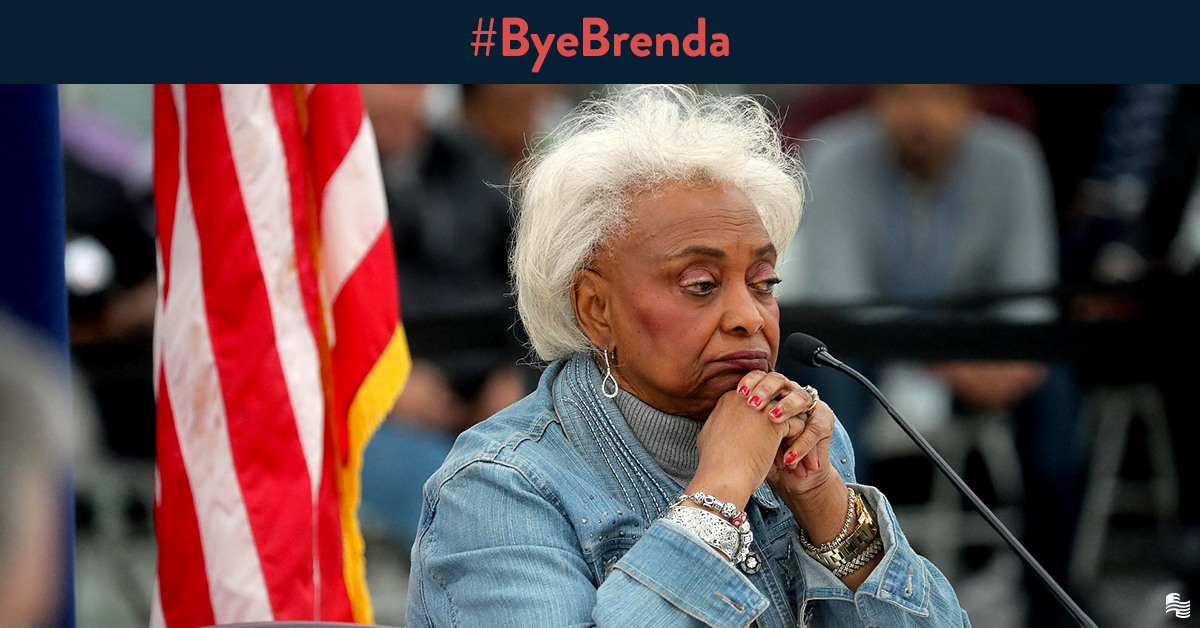 “It is true. She did send it,” said Burnadette Norris-Weeks, an attorney who works as counsel to the Supervisor of Elections Office.

Evelyn Perez-Verdia, a former office spokeswoman who left several years ago, said Sunday evening she was told by people in the office that the letter was sent “to Tallahassee” earlier in the day.

Norris-Weeks said she saw an early draft of the letter. In the version she saw, she said Snipes, 75, expressed a desire to spend more time with her family.

The voice mail on Snipes’ cell phone was full Sunday night, and she didn’t immediately respond to a text message.

The exact effective date of the resignation was unclear Sunday evening.

Norris-Weeks said she believes it was effective Jan. 2. Perez-Verdia said she was told the effective date was Jan. 5.

A January resignation would likely put responsibility for appointing a replacement in the hands of Gov.-elect Ron DeSantis, rather than outgoing Gov. Rick Scott.

DeSantis’s swearing in is Jan. 8. Scott was elected to the U.S. Senate, and the swearing-in for that job is Jan. 3. Scott hasn’t said when he’ll leave office to become a senator, but Lt. Gov. Carlos Lopez-Cantera could be the state’s chief executive for several days in January.

During the just-completed recount of the midterm election, Scott was a fierce critic of Snipes, accusing her of years of incompetence and asking the Florida Department of Law Enforcement to investigate what he said “may be rampant fraud.” Scott never offered any proof of fraud committed by Snipes.

Scott was elected to the U.S. Senate in the Nov. 6 election, in which final vote tallies were submitted by counties to the state on Sunday.

DeSantis, elected governor at the same time, didn’t join in the criticism of the election system — or Snipes — during drawn-out original vote counting or the recount period.

Broward’s vote counting was an outlier among the state’s 67 counties, taking a long time to complete. For days, Snipes wouldn’t say how many ballots were outstanding and uncounted and her office wasn’t reporting updated results as frequently as the law required.

And there were repeated hiccups during the recount period, including Snipes’ acknowledgment on Saturday that her office couldn’t find 2,040 ballots that had been included in the first vote count but not in the machine recount of state elections.

She said she was sure they were somewhere in her office, probably mixed in with other ballots.

Besides Scott, she was denounced by U.S. Sen. Marco Rubio, R-Fla., and President Donald Trump. Snipes is a Democrat.

She’s been subject to waves of criticism for long lines and slow vote counts in multiple elections.

Most serious was a circuit judge’s ruling earlier this year that her office violated state and federal law by destroying ballots from the 2016 primary election too early. She authorized the ballot destruction 12 months after the primary, instead of waiting 22 months as required.

The ballot destruction took place while the ballots were the subject of a public records lawsuit from a losing candidate seeking to inspect the documents.

In 2016, four voters reported receiving ballots that didn’t contain a referendum on legalizing medical marijuana. Snipes’ office said the problem wasn’t widespread, and a circuit court judge said she was taking sufficient action to correct it.

Also in 2016, in the primary election, results were posted on the elections office website before the polls closed, a violation of state law. An outside contractor took responsibility for the mistake.

And in 2012, almost 1,000 uncounted ballots were discovered a week after the election.