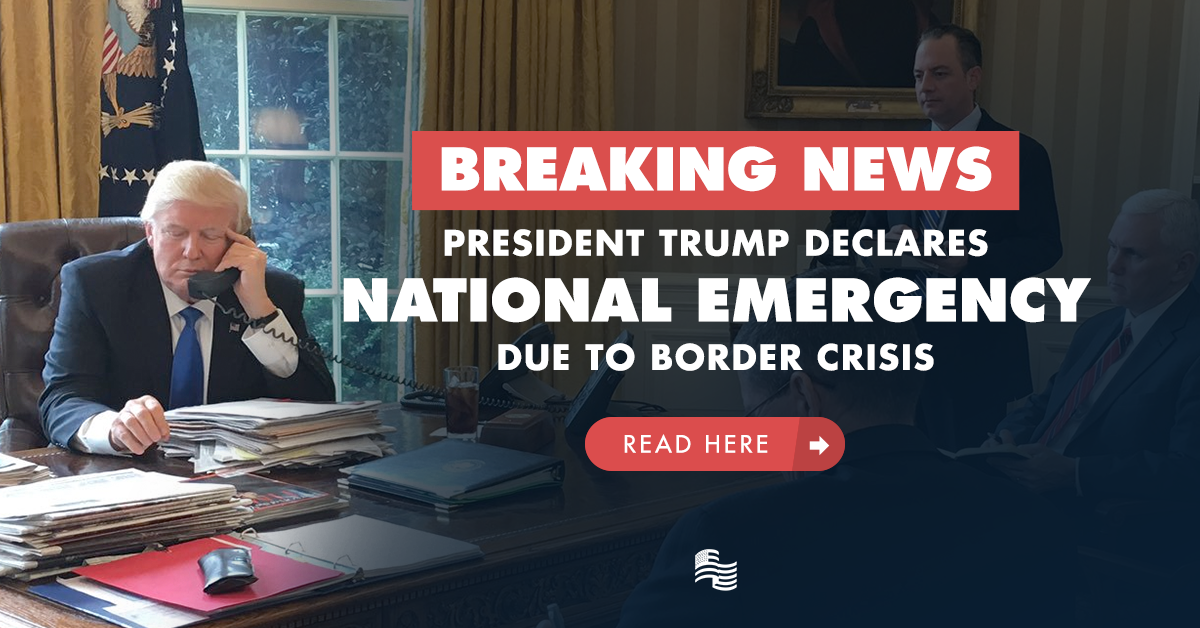 President Trump will sign the border security compromise package on Capitol Hill to avert another government shutdown and will take the extraordinary step of declaring a national emergency to obtain funding for the border wall, the White House announced Thursday.

“President Trump will sign the government funding bill, and as he has stated before, he will also take other executive action -- including a national emergency -- to ensure we stop the national security and humanitarian crisis at the border," White House press secretary Sarah Sanders said in a statement. "The president is once again delivering on his promise to build the wall, protect the border, and secure our great country.