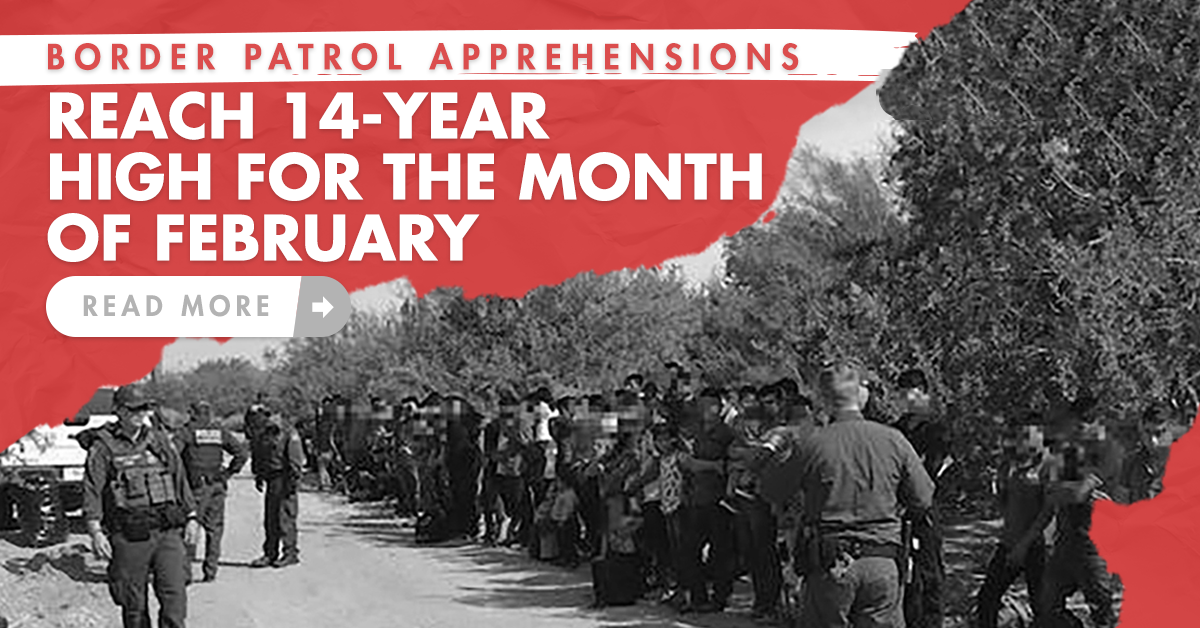 CBP has just released its latest numbers for the agency's "encounters" at the Southwest border for February. Encounters are the sum of Border Patrol apprehensions of illegal migrants plus aliens deemed inadmissible at the ports of entry by CBP officers. As expected, those numbers are sky-high, and the Biden administration is in denial about the causes.

DHS Secretary Alejandro Mayorkas was pilloried on March 1 for denying that there is an ongoing "crisis" at the border (with no small amount of pluck, he simply called it a "challenge"). I generally eschew fights over semantics, but respectfully, if this is not a "crisis", I hate to think of what one would look like.

Here's what I mean: In February, there were 100,441 CBP encounters at the Southwest border, up from 78,442 the month before. Of those encounters, most (96,974 or 96.5 percent) were aliens apprehended by Border Patrol after entering illegally. You have to go all the way back to 2006 to find a February in which Border Patrol apprehensions were that high.

Of course, in February 2006 (and up until 2011) most migrants apprehended by Border Patrol at the Southwest border were single adult males from Mexico. Border Patrol did not even publish statistics on unaccompanied alien children — UACs — until 2010, or on adult migrants with children — family units or FMUs — until 2013.

Last month, most of the aliens apprehended by Border Patrol (just less than 71 percent) were single adults, and most were likely Mexican nationals (CBP does not include monthly breakdowns by nationality). But in February, 19.5 percent were FMUs, and an astounding 9,297 (9.58 percent) were UACs.

It is no wonder that the Biden administration is reopening Trump-era shelters for UACs near the border.

These are not good numbers, as the figure accompanying CBP's report reveals. Southwest border encounters are on the same trajectory that they were at during the humanitarian and national-security disaster of FY 2019, only the trend lines are higher this time around. At least then administration officials were honest about the situation, and the causes.