Despite the rhetoric from leftwing politicians and the media, it appears that President Trump’s border wall is working exactly as intended. The new chief of the U.S. Border Patrol, Rodney Scott, revealed an alarming yet reassuring statistic via Twitter recently.

“From Oct through Feb, Border Patrol agents have encountered and arrested 256 gang members,” said Scott. “These groups are a persistent threat to the US and a source of dangerous crime in your communities. MS-13, 18th Street, Surenos, and Paisas are a few of those we’ve encountered.” 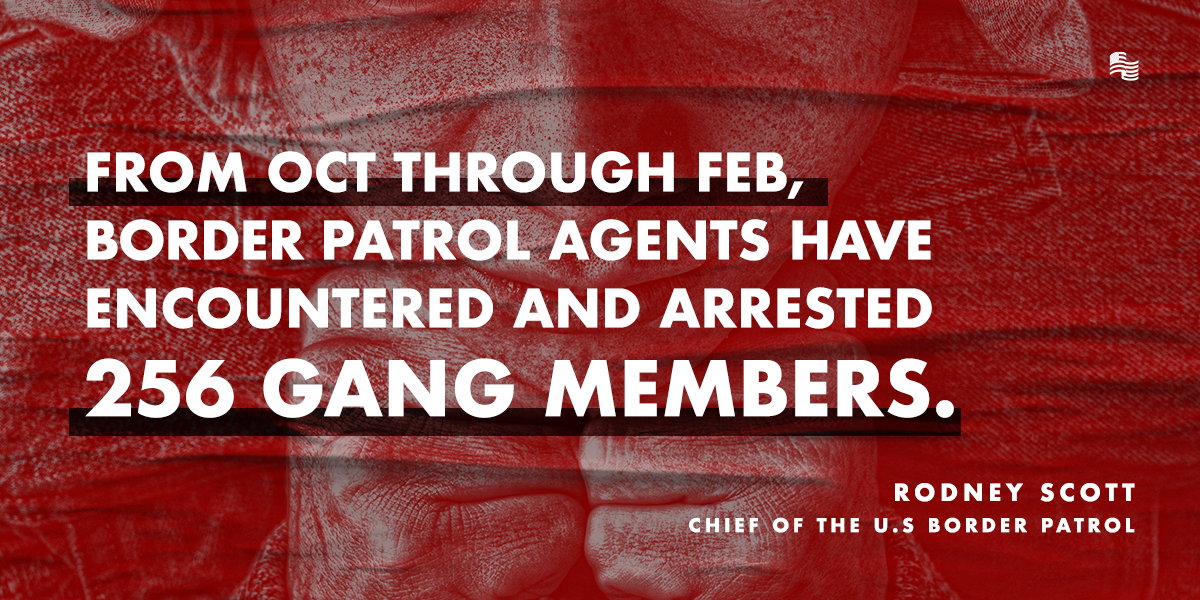 Although the high number is alarming, it is reassuring to know that these are gang members that have been apprehended at the border, rather than entered. Scott has also revealed that the parts of the new “wall system” are 90% “effective,” up from just 10% before it was built, replacing the previous shambles of a so-called fence.

Specifically in the San Diego area, Scott said that the wall has essentially ended illegal crossings of humans and cars all together. This is incredible news for the prevention of not only gang members but also illegal drugs. Just in this fiscal year alone, Border Patrol Agents have seized:

Along with the addition of a new wall, superior border roads have been built to ensure accessibility as well as longevity in an agent’s equipment. For instance, a vehicle that once fell apart at around 40,000-60,000 miles, may now last 100,000 miles before being sold at auction. The wall also means 150 fewer border agents, equaling savings of $28 million in salaries and benefits.

Scott mentioned in a press conference when referring to the 136 miles of new wall and roadways that, “it changes everything. There is a huge return on investment,”

Not only has the wall statistically proven to help lower illegal immigration, prevent drug trafficking and slow illegal immigrant gang activity but the wall is also apparently lowering operational costs for the U.S. Border Patrol.