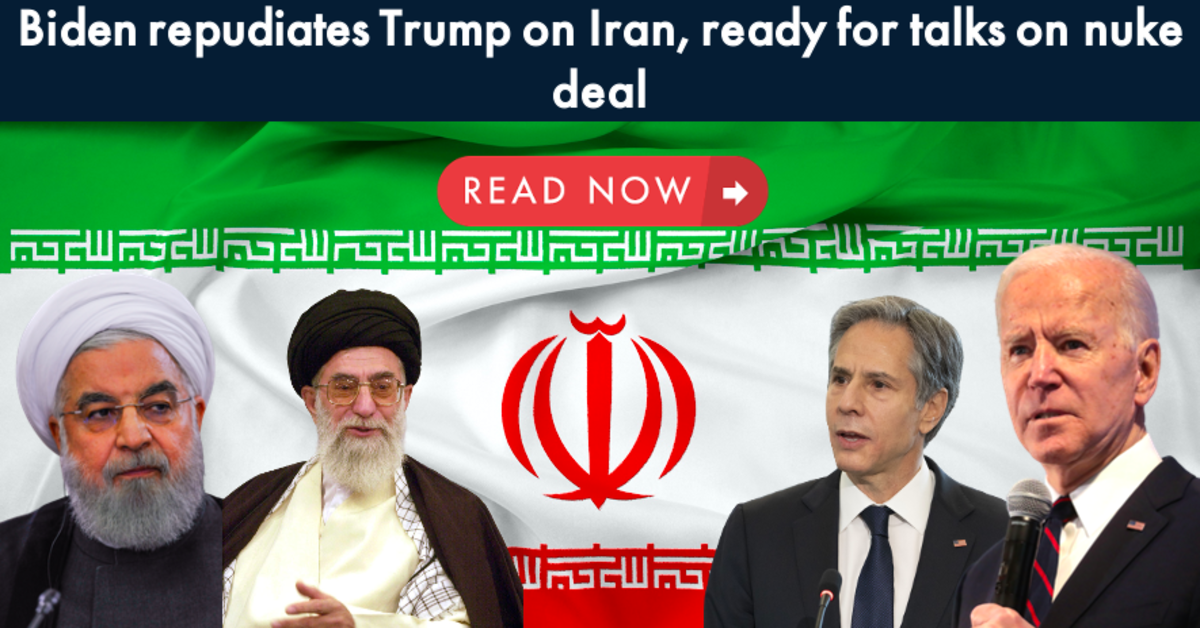 The Biden administration says it’s ready to join talks with Iran and world powers to discuss a return to the 2015 nuclear deal, in a sharp repudiation of former President Donald Trump’s “maximum pressure campaign” that sought to isolate the Islamic Republic.

The administration also took two steps at the United Nations aimed at restoring policy to what it was before Trump withdrew from the deal in 2018. The combined actions were immediately criticized by Iran hawks and drew concern from Israel, which said it was committed to keeping Iran from acquiring nuclear weapons.

Besides signaling Thursday a willingness to talk with Iran, the administration also reversed Trump’s determination that all U.N. sanctions against Iran had been restored. And, it eased stringent restrictions on the domestic travel of Iranian diplomats posted to the United Nations.

The State Department announced the moves following discussions between Secretary of State Antony Blinken and his British, French and German counterparts and as Biden prepares to participate, albeit virtually, in his first major international events with world leaders.

The announcement came a day before Biden is to speak to leaders of the Group of Seven industrialized democracies and later in the day address the annual Munich Security Conference. At both Friday, Biden is expected to discuss his commitment to multilateral diplomacy and his desire to undo damage that Trump’s positions may have caused over the previous four years. He’s expected to address the U.S. stance on the 2015 multilateral Iran nuclear deal, the war in Afghanistan and the economic and national security challenges posed by Russia and China.

“The United States would accept an invitation from the European Union High Representative to attend a meeting of the P5+1 and Iran to discuss a diplomatic way forward on Iran’s nuclear program,” he said. The U.S. has not participated in a meeting of those participants since Trump withdrew from the deal and began steadily ramping up sanctions on Iran.

Such an invitation has not yet been issued but one is expected shortly, following Blinken’s talks with the British, French and German foreign ministers.

In Iran, Foreign Minister Mohammad Javad Zarif said Friday the Biden administration action meant that the U.S. had acknowledged moves made under Trump “had no legal validity.”