Two days before the attack in Paris, on April 18, two terror suspects were arrested in Marseille, France. Police found an arsenal of weapons and bomb-making equipment in an apartment, along with an ISIS flag.

The first round of the French presidential election is on April 23. 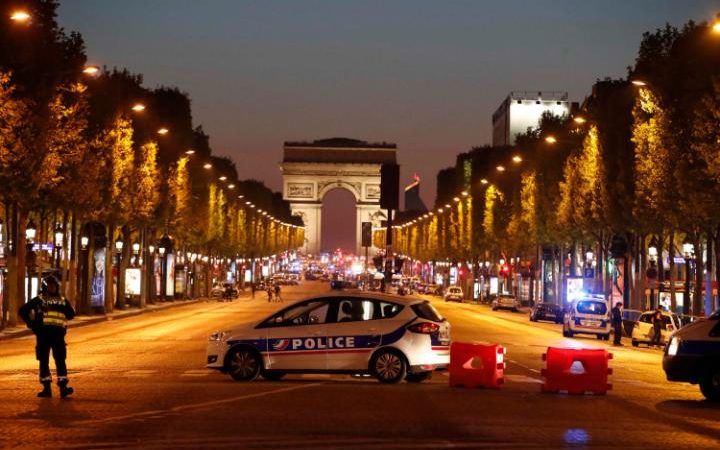 The suspect drove to the scene in a van, which was found abandoned after the attack.

The suspect is Karim Cheurfi, a French national. He was known to French security services, and anti-terrorism prosecutors have opened an investigation of the attack in Paris. Cheurfi had been jailed in 2001 for shooting at police but was released in 2016, even though he was under preliminary investigation for terrorism.

French Interior Ministry Spokesman Pierre-Henry Brandet said the police have the name for the gunman and it matched the suspect.

Police have issued a warrant for the arrest of a second suspect who arrived from Belgium by train.

President Hollande says police are convinced that the attack was "terrorist in nature."

ISIS has claimed responsibility for the Paris attack.

ISIS claimed that the terrorist was a soldier of the Islamic State named Abu Yousif al-Beljiki (a Belgian).

According to sources, Karim Cheurfi had recently been detained for questioning in a police station outside Paris, after "informants" had indicated that he was "seeking to obtain weapons to kill policemen." We imagined a world in which radical Islam has taken over France. Today's terror attack reminds us that terrorists will go to any length to kill those that they hate.