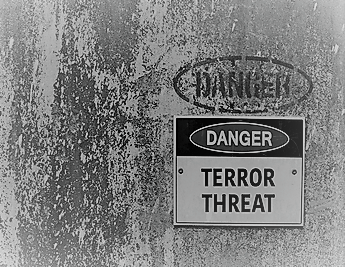 
Are Links Between US Muslim Groups And Muslim Brotherhood Are “Ancient History”?- The Evidence On CAIR Says He Is Wrong

Mr. Berger, however, asserts without evidence that “these links are ancient history” and that “No major American Muslim organization is today affiliated with the group.’” Therefore, it may be instructive to take a look at arguably the most prominent of the US Brotherhood/Hamas groups- the Council on American Islamic Relations (CAIR). As we reported in 2007, CAIR head Nihad Awad was present during an infamous 1993 meeting held in Philadelphia by senior leaders of Hamas, the Holy Land Foundation, and the Islamic Association of Palestine (IAP). A widely reported FBI memo based on wiretaps of the meeting indicated that its purpose was “to develop a strategy to defeat the Israeli/Palestinian peace accord, and to continue and improve their [HAMAS] fund-raising and political activities in the United States.  Awad had been asked about his attendance at the meeting during a civil lawsuit and said the didn’t think that he had attended but that he didn’t remember. The next summer, he was videotaped stating ‘I am in support of the HAMAS movement’� during a seminar at Miami”s Barry University. As we further reported that year, documents and testimony in the Holy Land Foundation (HLF) terrorism financing case showed that the CAIR and its founders Omar Ahmed and Nihad Awad were members of the Muslim Brotherhood’s “Palestine Committee”, founded in 1988 by the head of the Palestine Section of the Muslim Brotherhood in the Levant who came to America and met with fellow Muslim Brothers. One document calls on the Palestine Committees, to work to “increase the financial and the moral support for Hamas” to “fight surrendering solutions,” and to publicize and focus on “the savagery of the Jews.”

So has the relationship between Nihad Awad and CAIR changed since that time? The actual evidence suggests not. Since we began reporting in 2007, we have documented the extensive contacts between CAIR and Nihad Awad and other elements of the Global Muslim Brotherhood/Hamas.

However, it was in February 2016 that we reported on the what we believe to be the most astounding evidence of ties between CAIR and Nihad Awad, as well as the rest of the US Muslim Brotherhood, with the Global Muslim Brotherhood. As we wrote at that time:

The US Muslim Brotherhood coalition known as the US Council of Muslim Organizations (USCMO) has announced that it held the 1st International Conference of Muslim Councils in the West February 1-3 in Arlington, Va. The USCMO announcement described the conference as “a major initiative for Muslims in Western nations.” Illustrating the ties to the Global Muslim Brotherhood, the publicity photo for the conference features twelve individuals including Oussama Jammal, the USCMO Secretary-General and Council on American Islamic Relations (CAIR) leader Nihad Awad. Most significantly, the individual to the far-right is Anas Altikriti, the most important leader of the Muslim Brotherhood in the UK. The Twitter feed of Mohammed Kozbar, the head of the Muslim Brotherhood-controlled Finsbury Mosque in London indicates that he attended the conference along with Altikriti.

A subsequent post reported that the conference was also attended by a wide variety of European Muslim Brotherhood leaders. as well as US government officials, and a prominent US academic supporter of the Global Muslim Brotherhood. One of those leaders is known to have been a trustee of an organization designated by the US as a terrorist group.