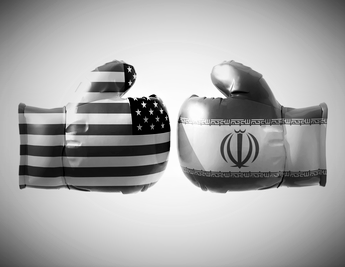 On Nov. 4, 1979, a group of Iranian university students seized the embassy of the United States and held 52 Americans hostage for over a year. On April 7, 1980, the United States broke off diplomatic relations with Iran.

On the Iranian official calendar, the 13th day of the month of Aban (which this year falls on Nov. 3) is Student Day. Anti-US rallies have been organized across the country on this day since 1979.

The conservative Javan Daily, on the occasion of Student Day, quoted Khamenei as saying, “Compromise with the US is the will of the weary and regretful.” Its front page also quoted Khamenei as addressing the US presidential election with comments such as “The two candidates’ speeches are enough to dishonor themselves.”

The conservative Kayhan daily also ran quotations from Khamenei on its front page, focusing more on his viewpoints on the Joint Comprehensive Plan of Action (JCPOA). Kayhan cited Khamenei as saying, “Compromise with the US will worsen [Iran’s] issues; the last example of that is the JCPOA.”

In an editorial, Kayhan also condemned the nuclear deal. The daily newspaper referred to the 1979 incidents and argued, “The government is better off thinking about retaliation to counter the Americans’ avarice. … If we stand firm, they will retreat and will have no choice but to surrender.”

Read about the rest of the event by clicking here.