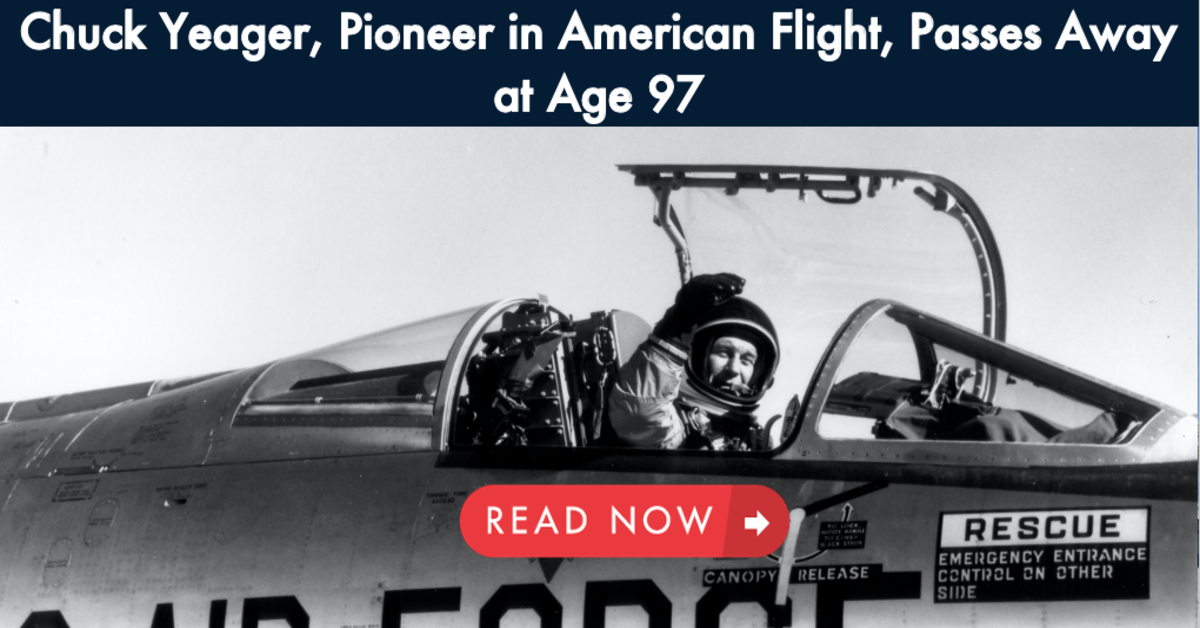 Legendary U.S. Air Force pilot Chuck Yeager passed away on Monday evening at the age of 97, according to a statement posted to his official Twitter account by his wife.

“It is w/ profound sorrow, I must tell you that my life love General Chuck Yeager passed just before 9pm ET,” Victoria Yeager wrote on Twitter. “An incredible life well lived, America’s greatest Pilot, & a legacy of strength, adventure, & patriotism will be remembered forever.”

Yeager, awarded the Presidential Medal of Freedom in 1985, became the first person to ever break the sound barrier when he flew the Bell X-1 rocket 700 mph in October 1947.

Yeager enlisted in the Army Air Corps in 1941 as a mechanic and, within two years, was flying combat missions in England against Nazi Germany. In 1944, Yeager was shot down over France and, while in the country, he aided the French Resistance. Also in 1944, Yeager was credited with shooting down four planes in one day on two separate occasions. Yeager, who also flew combat missions in both the Korean and Vietnam Wars, “became the first pilot to make an emergency ejection in the full pressure suit needed for high altitude flights” during an incident in 1963, according to the New Mexico Museum of Space History.