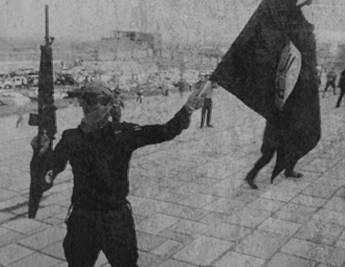 
Homegrown terrorism on the rise

The latest instance of the second-generation terrorist syndrome played out in Orlando, Florida, over the weekend when Omar Mateen, son of immigrants from Afghanistan, went on a jihad-inspired rampage, killing 49 people and wounding 53 others in the worst mass shooting in U.S. history.

Authorities said Mateen had flirted with other terrorist groups but declared his allegiance to the Islamic State on Sunday morning as he began his horrific spree.

He follows in the footsteps of Syed Rizwan Farook, one of the San Bernardino, California, terrorists who was the son of Pakistanis; Nadir Soofi, one of two men who attacked a drawing competition in Garland, Texas, last year and whose father was from Pakistan; and then-Maj. Nidal Hassan, the child of Palestinian immigrants whose shooting rampage at Fort Hood, Texas, in 2009 set off the modern round of deadly lone-wolf attacks.

In other cases, attackers were immigrants brought to the U.S. as young children. They grew up in the U.S. but were besieged by questions of identity.

“Historically, the ‘high stress’ generation for American immigrants has been second generation,” said former CIA Director Michael V. Hayden. “Mom and Pop can rely on the culture of where they came from. Their grandchildren will be (more or less) thoroughly American. The generation in between, though, is anchored neither in the old or in the new. They often are searching for self or identity beyond self.”

The Sept. 11, 2001, hijackers were all foreigners who gained entry to the U.S. on visas, sparking a heated and still-running debate over the role of borders in trying to keep out would-be attackers.

But the second-generation killers pose a different issue: how to keep children of immigrants from abandoning the precepts of their adopted home.

Presumptive Republican presidential nominee Donald Trump said Monday that the issues are one and the same.

“The bottom line is that the only reason the killer was in America in the first place was because we allowed his family to come here. That is a fact, and it’s a fact we need to talk about,” Mr. Trump said in a speech in New Hampshire.

He revised his call for a temporary ban on admitting Muslims to the U.S., saying it would apply only to travelers from regions connected to terrorism. He said the ban would end once the U.S. has a better idea of who is coming and what values they hold.

Mr. Trump said immigrants from Afghanistan — the home of Mateen’s parents — overwhelmingly “support oppressive Sharia law,” which he said is anathema to American values of diversity. Indeed, Mateen’s father suggested that the killer may have been set off by having seen two men kissing. Mateen’s massacre targeted a gay nightclub.

But some researchers suggest the link to religion is less important than the marginalization immigrants and first-generation Americans may feel. In a study last year funded by the Homeland Security Department, researchers said those who felt instances of discrimination, personal shame or humiliation had higher propensity toward radicalization.

Some policymakers bristle at connecting terrorist attacks to immigration, and it’s difficult to know the outlines of the connection.

Sen. Jeff Sessions, Alabama Republican, and Sen. Ted Cruz, Texas Republican, have repeatedly asked the Homeland Security Department for immigration information on those implicated in recent terrorist plots, but they said they have yet to get a “substantive” response.

That leaves the public blind, Mr. Sessions said in a statement Monday.

“While the vast majority of Muslims are law-abiding and peaceful, we must face the uncomfortable reality that not only are immigrants from Muslim-majority countries coming to the United States, radicalizing, and attempting to engage in acts of terrorism, such as in Boston and Chattanooga; but also, their first-generation American children are susceptible to the toxic radicalization of terrorist organizations,” Mr. Sessions said.

Alejandro Beutel, a researcher at the University of Maryland’s National Consortium for the Study of Terrorism and Responses to Terrorism, said many first-generation Americans face identity issues and often that’s healthy, spurring a desire for greater civic involvement. But some people — particularly those from Muslim-majority societies — can have deeper struggles, caught between seeing themselves as fully American or as part of their parents’ home cultures.

Mr. Beutel said the recruits’ ages play a role. They are typically younger and use the social media platforms that the Islamic State has proved so adept at using to spread its message, fostering a sense of community among those struggling with identity.

“Social media platforms are not only a means to disseminate their propaganda; they’re a way to directly communicate, one on one, with potential recruits,” he said.