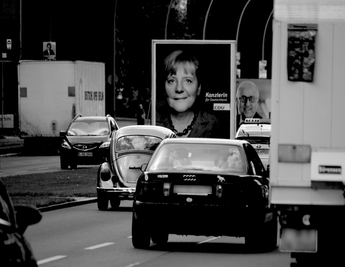 During the first six months of 2016, migrants committed 142,500 crimes, according to the Federal Criminal Police Office.

And the country has been hit by a spate of horrendous violent crime including rapes, sexual and physical assaults, stabbings, home invasions, robberies, burglaries and drug trafficking.

Germany took in more than 1.1million migrants in the past year and parts of the country are crippled with a lack of infrastructure.

"During the first six months of 2016, migrants committed 142,500 crimes, according to the Federal Criminal Police Office. This is equivalent to 780 crimes committed by migrants every day, an increase of nearly 40 per cent over 2015. The data includes only those crimes in which a suspect has been caught.

"Many are thought to be engaging in robbery and criminal violence."

According to Freddi Lohse of the German Police Union in Hamburg, many migrant offenders view the leniency of the German justice system as a green light to continue delinquent behavior, says the report.

Click here to read the article in its entirety.