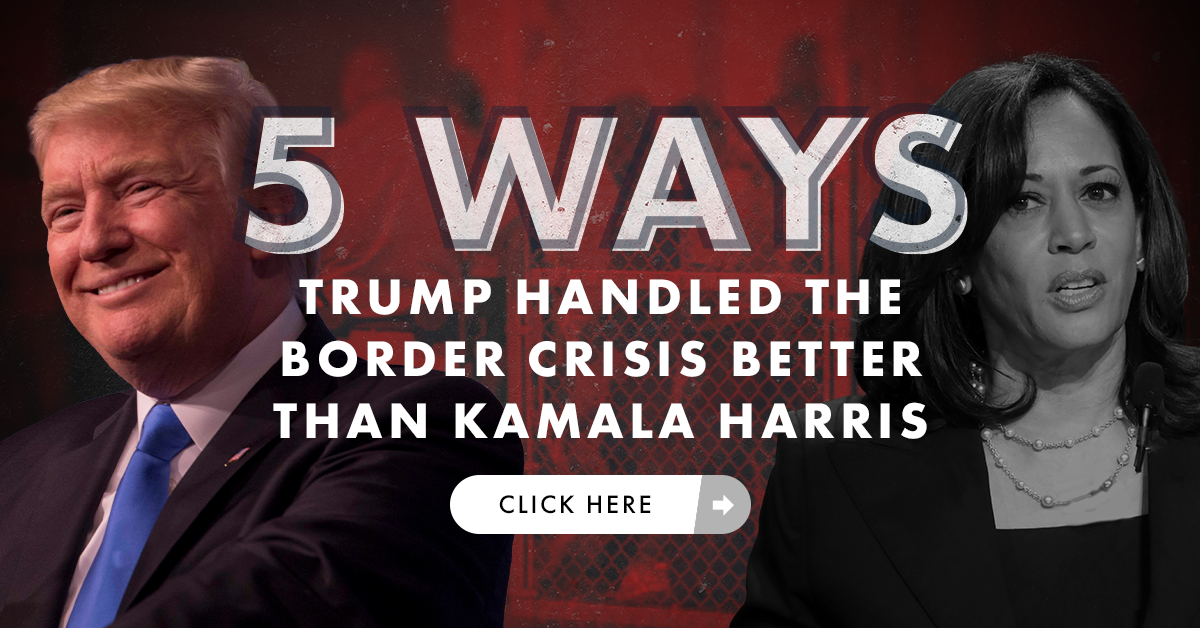 From the beginning of Trump’s 2016 Presidential campaign, he vowed to build a big beautiful wall on the U.S.-Mexico border spanning 1,000 miles. On the other hand, Kamala has supported open borders.

While it’s taken Kamala Harris over 90 days to make her first appearance at the border, President Trump visited many times while he was in office.

President Trump made it a priority to help Border Patrol and ICE receive the resources and support they needed in order to secure the border. During her failed campaign for President, Kamala Harris called for “starting from scratch” with regard to ICE while her Democrat colleagues were calling to abolish it.

4. Passed “Kate’s Law” which cracked down on illegal immigrants who committed violent crimes against American citizens

President Trump ordered the Department of Homeland Security to end the policy of “catch and release,” which saw was the cycle of releasing illegal immigrants apprehended crossing the border after receiving a court date, only to never hear from them again. Since Joe Biden and Kamala Harris took office, there has been a surge in illegal border crossings with no end in sight, and the Biden Administration has ended Trump’s directives on catch and release.