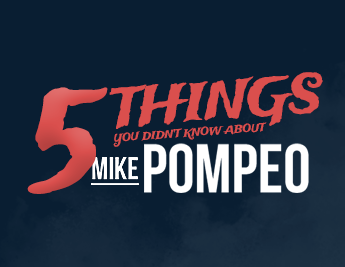 He served as a cavalry officer during the Cold War.

2. He spent years as a businessman.

He founded Thayer Aerospace in Kansas, now known as Nex-Tech Aerospace. He later sold his part of the company and became president of Sentry International, an oilfield services company.

3. He went to Harvard Law School.

He was the editor of the Harvard Law Review. Before that, he graduated first in his class at the United States Military Academy at West Point in 1986.

4. He serves on two major committees.

5. He served on the House Select Committee on Benghazi.

The House Select Committee was created to investigate the events surrounding the 2012 terrorist attack in Libya.