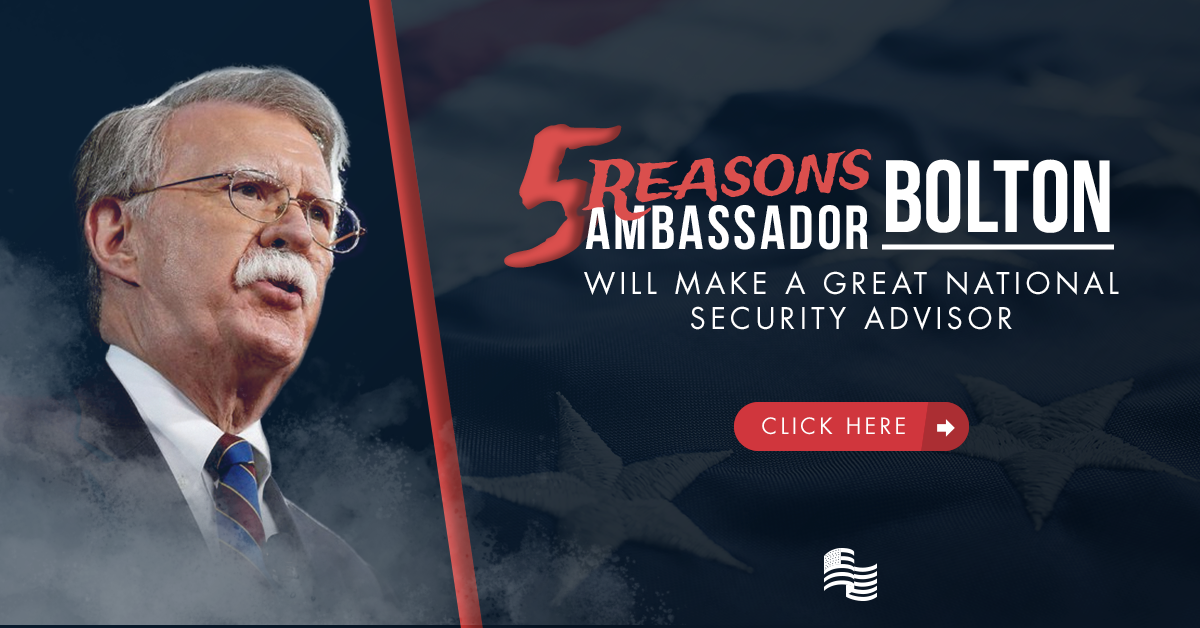 1. He supports the President in wanting to pull out of the dangerous Iran Deal.

He believes the deal is “fundamentally flawed.”

2. He’s a foreign policy realist on Iran and North Korea and the danger they pose to the U.S.

His goal is to prevent these countries from acquiring deliverable nuclear weapons as well as the overthrow of both regimes.

3. He takes a strong stance against Chinese expansion and trade practices.

He supports strengthening the military to ensure that the U.S. remains the dominant world power.

He wants to strike back against digital adversaries and believes America should deploy its “cyber capabilities.”

This includes time in the State Department, the U.S. Agency for International Development, and the UN.