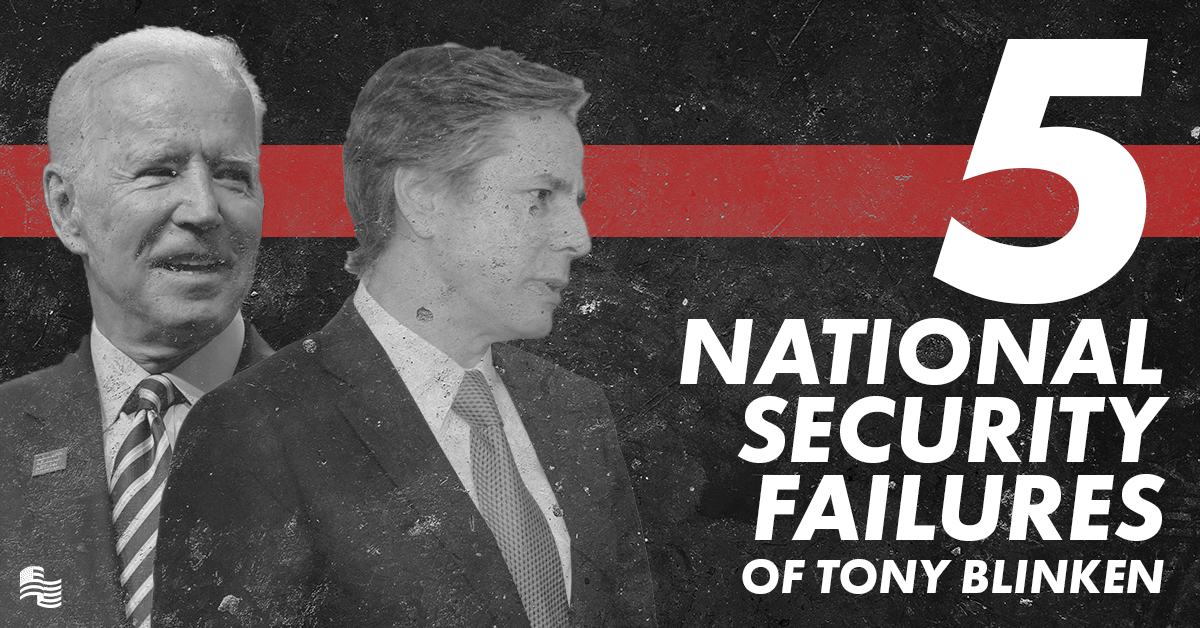 President Obama’s disastrous deal placed trust in Iranian terrorists, funneled billions of dollars to the largest state sponsor of terrorism in the world, and abandoned our key ally Israel all while allowing Iran to continue developing ballistic missiles and fighting proxy wars throughout the Middle East. Blinken has stated numerous times that as Secretary of State he would rejoin the dangerous deal.

2. Presided Over Rise of ISIS

President Obama and VP Biden left the Middle East in shambles, with ISIS running roughshod through the region. As Deputy Secretary of State and National Security Advisor, Blinken presided over the rise of the vile terrorist group ISIS leading to the murder of thousands of innocent civilians including the rape and murder of American aid worker, Kayla Mueller.

The Obama Administration regularly granted financial aid to the corrupt Palestinian Authority which used the taxpayer money it received to fund the construction of Palestinian leaders' vacation homes. Much of the money from the Obama administration went to fund pensions granted to families of slain terrorists who died in suicide attacks on Israeli citizens known as pay for slay.

4. Ignored Crisis At The Southern Border

The Obama Administration with Deputy Secretary Blinken regularly ignored the crisis on the southern border. Allowing illegal weapons to flow across the border into Mexico while deadly drugs and cartel members flowed into America.

5. Allow Communist Chinese Influence To Grow Around The Globe