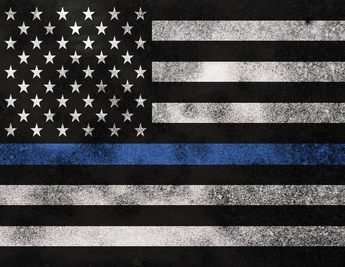 A San Antonio detective writing out a traffic ticket to a motorist was shot to death in his squad car late Sunday morning outside police headquarters by another driver who pulled up from behind, authorities said.

Police said the search for a male suspect was still underway early Monday and that no arrest had been made. McManus said he doesn't believe the suspect has any relationship to the original motorist who was pulled over, and no motive has been identified.

In St. Louis, a police sergeant was hospitalized in critical condition but expected to survive after being shot twice in the face Sunday night in what the police chief called an "ambush." Police reported early Monday that the suspect was later killed in a shootout with police.

"Fortunately for the blessing of God the officer's going to survive," Dotson said during a brief news conference after the shooting. He declined to name the officer but said he is a married father of three who has been with the department for about 20 years.

The officer was not involved in a call or a traffic stop but was sitting in traffic about 7:30 p.m. Sunday when another car pulled up alongside his marked police vehicle. The officer told police he heard at least two shots.

"This officer was driving down the road and was ambushed by an individual who pointed a gun at him from inside of his car and shot out the police officer's window," Dotson said.

Police reported that officers later pulled up behind the suspect's vehicle and that he fled on foot. Police said the man fired shots at the officers, who returned fire, killing him. No officers were shot.

Read more about the attacks at Politico.